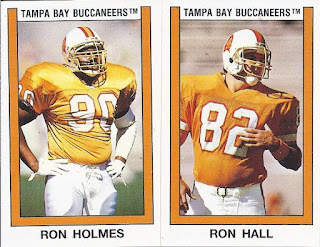 And it starts off with a dual serving of creamsicles. Ron Hall is also the final sticker to complete the Bucs page. 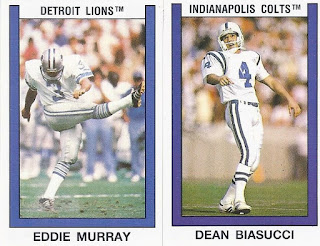 Something you'll never see in a current pack of cards/stickers - 2 kickers among only 5 players. 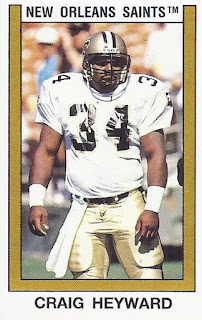 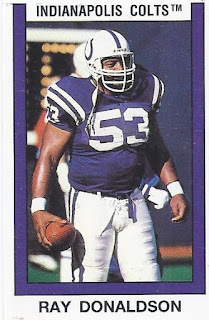 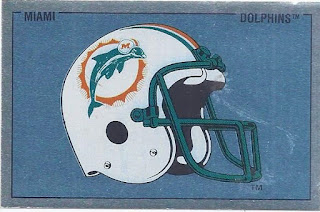 Approaching the 2/3 mark with another "when in doubt, scan the foil sticker".

2.5 stickers of the pack provides the Denver content, but a Super Bowl loss being commemorated kinda cancels out any hot pack status. 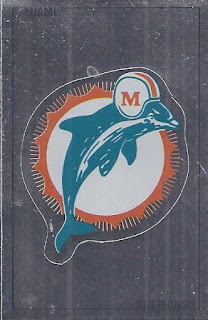 This isn't a "when in doubt" scan, but it is this Miami sticker that finished off their pages. 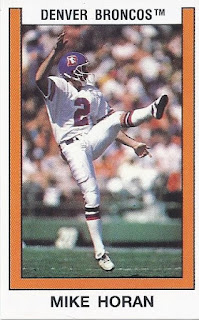 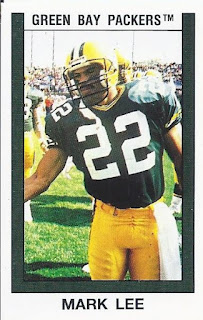 Not only a really great photo, but Mark Lee is the last Packers card I needed for that page. 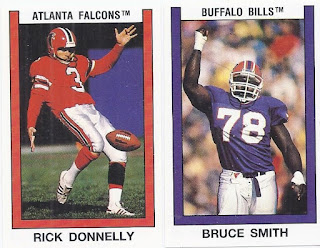 Another punter sticker, and although it wasn't needed in the album, an extra Bruce Smith is also nice. 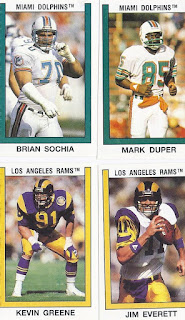 A two-team hot pack, albeit both for completed teams at this stage. 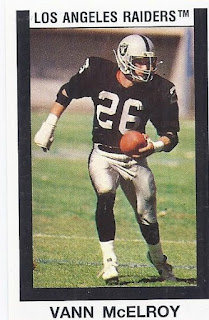 When in doubt, scan the sticker of a guy named Vann McElroy.

And there you have another dozen packs. This group also finished the Bears portion of the album, but since they were 3 out when it started, it was somewhat unexpected. Thank you Dan Hampton, Mike Singletary and Richard Dent.

I promise. No stickers tomorrow.
Posted by buckstorecards at 11:24