And it (kinda) ends with some hockey that wasn't enough for a post of its own, but still needed to be shown off. 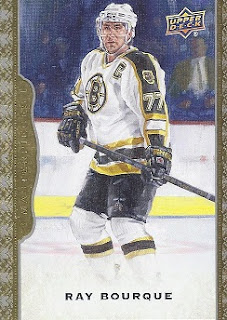 A Masterpieces card can be a nice start to a miscellany post. Unfortunately, I already had one of these in my binders. I've got a couple Bruins fans on my trade lists, so one of them should eventually find this in their mail.

The small-ish dime box I found mainly had base cards in it from sets like SP Authentic and Showcase. There were a few gems, though. Here's a couple cards with a recent, but still historic feel out of ITG's Lord Stanley's Mug.

Much like with 1993 Leaf cards, it is hard for me to pass on anything that includes a cityscape as part of the background. These don't scan well, so they're hard to see, but they are there. 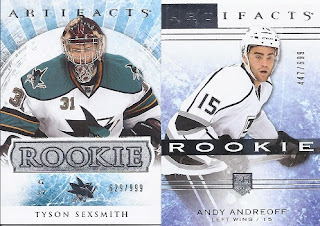 I didn't bother to bring the list of numbered cards that were still needed over at Serial #'d insanity, so I got a couple of dupes. So, Tyson will on his way to my mask binder, and Andy will be on my way to one of my miscellany binders. 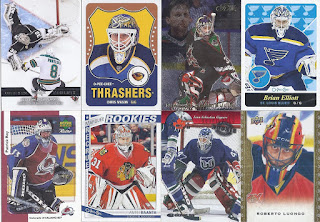 And that's almost it. Except for this. 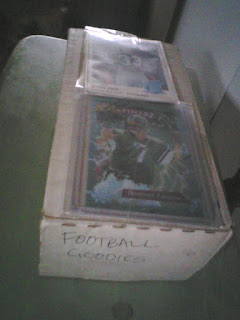 $5 worth of football goodies! A repack of sorts!

I'll actually be saving that for a future repack post (or posts). While this isn't on par with the 3200 count baseball box I got last year, it was still nice. I'll tease the contents.


Posted by buckstorecards at 09:31