My original plan for the 4th part was to recap the jumbo pack of Score football I picked up. But, with the Sens off to the East Final, I might as well celebrate that. 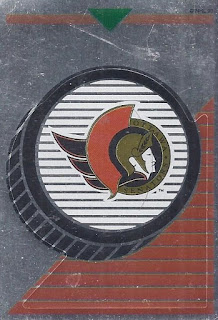 Not entirely in sticker format, but that's as good a way to start as any. 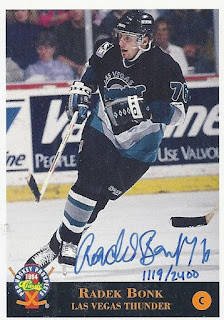 This was the only Senators hit that I picked up. Sure, this is technically a Las Vegas Thunder card, but this is still from a time before Radek switched to an initials-only signature.

Do minor league cards count? When they might be the only chance to get cards a certain player in Senators gear, they certainly do. Kostka played 15 games with the big club, and was sent to Calgary as part of the Curtis Lazar deal. Casey Bailey made his way to Ottawa in the Phaneuf trade, and having played a handful of games in Ottawa, might get rookie cards in next year's releases. The Binghamton Senators will move across the border to Belleville, ON next year, so Max might be out of a gig. 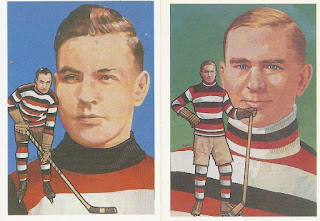 If I may be Frank, here's two Franks (McGee and Nighbor) from a 1987 Hall of Fame release. These flash back to the original Ottawa Senators. There are a lot of these in that release, but these were the only two in the dime box. 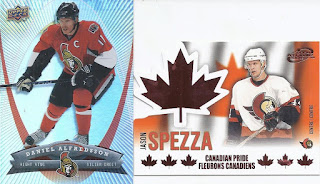 A pair of McDonald's cards are up next, featuring a shiny Alfie and a patriotic Spezza. 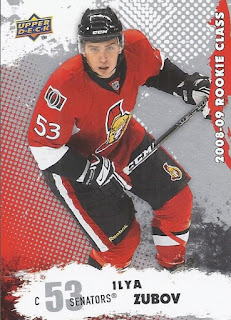 Random 2/14 card! Although unless Tom Pyatt gets one, it is either Sean Hill or this guy for Sens content. 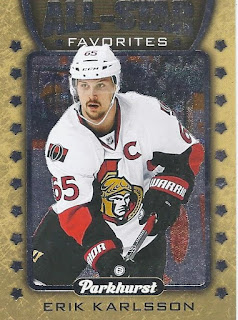 And let's wrap it up with a guy who's been playing on a broken freakin' foot (to paraphrase Kurt Angle), but still has been carrying the team on his back.

As for the next round, considering I didn't even expect Ottawa to be a playoff team this year, I'll be happy they've made it this far.