My repack posts have definitely been lagging behind their usual rate this year. Time to get back into it and post another Dollarama two-step. 1 hanger - 1 surprise bag. Starting with the hanger. 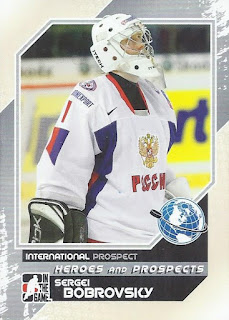 2010 Heroes & Prospects - Sergei Bobrovsky - While this is not a mask binder card, it will do just fine as a random addition. 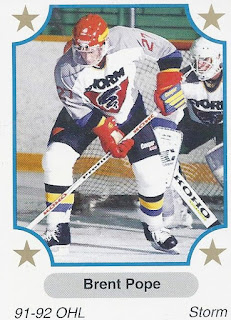 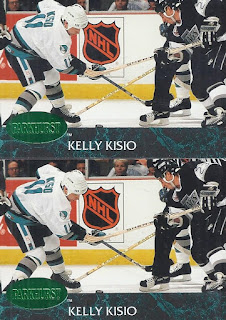 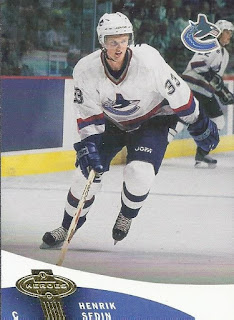 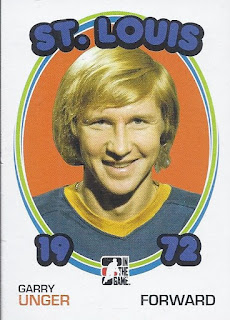 ITG 1972 The Year in Hockey - Garry Unger - I'll never tire of pulling these cards from repack. Great flashback to a great design. 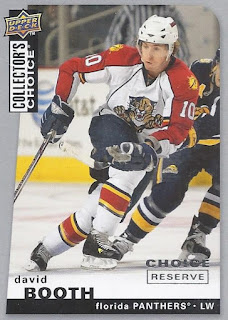 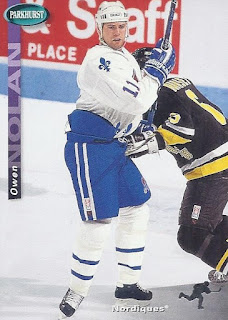 A few interesting cards, but a dupe and 3 1991 OPCs dull the pack. Off to the Surprise Bag. 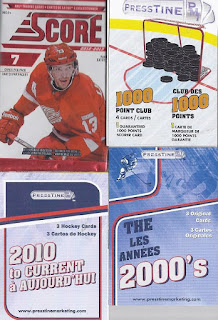 And the contents of those: 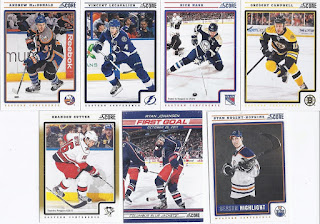 Pretty good Score pack. The First Goal of Johansen is nice, but there are two PC cards among the rest. Kitchener Rangers alum Gregory Campbell is nice, but a gold parallel of 2/14 baby Brandon Sutter immediately makes this a better repack experience than the hanger. 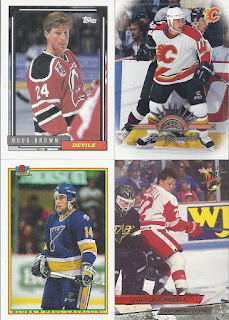 The HOFer in question is a rare helmetless photo of Dino. And a guy named Hnat!

And another Rangers alum in the 2010s pack with a snowy Boedker. An easy win for the Surprise Bag this time around.
Posted by buckstorecards at 08:50