Four^H^H Ten if by Sportlots - Part 4

This time, the shipping to Canada got insane at the 10-card level. So, 10 cards instead of the usual 4. 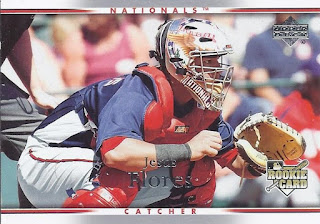 This mailing was 90 percent hockey. This was the one that was doing its own thing. Jesus Flores' patriotic entry is on its way to the mask binder. I really wish MLB allowed players to be creative with the paint jobs if they opted for the hockey style mask. Such a patriotic look is suitable for Flores, being from Venezuela and all. 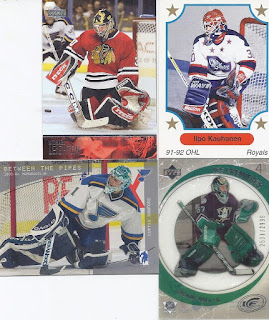 Here are some more mask cards, with all but the Michael Wall (great name for a goalie, BTW) on their way into the pre-2005 binder. Iipo brings the defunct team love with his Cornwall Royals paint job, as the team moved to Newmarket (where they stayed the Royals), and finally on to their current home in Sarnia as the Sting. 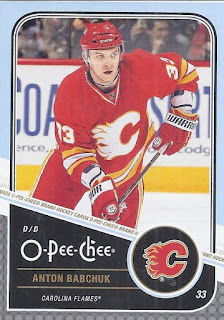 Why would I grab some random OPC base card? Check out the team name. The Carolina Flames. This does appear to be the only Flames card in the set with this error, and it is correct on the retro parallel. 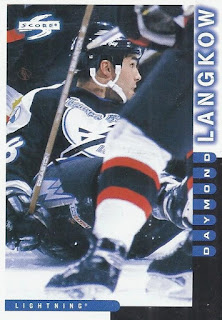 A player sitting on his arse in the middle of the play. Why not? 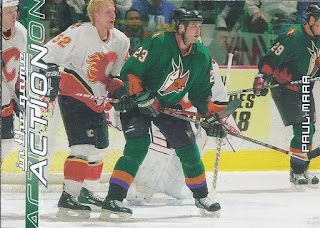 Not only a uniforms of the damned card in the green monstrosities, but you get a rare game time appearance of a helmetless player (Toni Lydman). The best I can say about the uniforms is that at least you can't see the cacti. 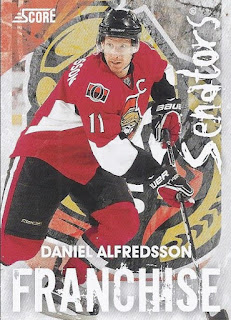 It wouldn't be a hockey mailer heading in my direction without at least one appearance of Alfredsson. 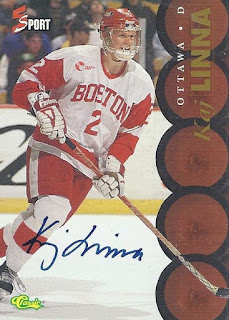 And finally, an auto to end it! This one was actually cheaper at sportlots, so I felt no guilt adding it to my shipment from there over COMC. Linna never played for the Sens, with the closest being one season in the AHL with Prince Edward Island Senators.

And there you have it.
Posted by buckstorecards at 07:12