I got tired of waiting for a couple redemptions, so I requested replacements for 2 of them from Panini a couple weeks back. I requested that they be replaced with the same player if possible, and if not, since the two missing autos were basketball and football, that they replace them with either Raptors, Celtics or Bills.
So, how'd things work out? 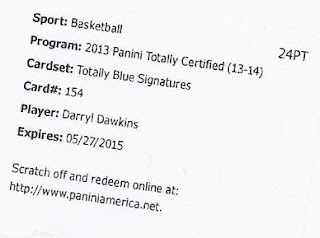 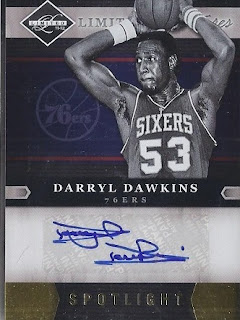 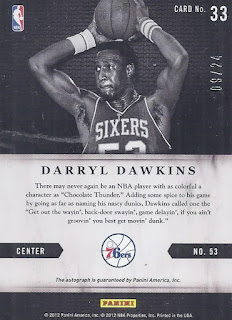 A /49 sticker autograph of Darryl Dawkins turns into a /24 stickergraph. I'll say first that when I made this request, Dawkins was very much alive. I'm neutral on the numbering, but really like that the write-up on the back includes the words "Chocolate" and "Thunder". The only other change was that the original was a Nets card while this is for Philly. He's probably better known for his time in Philly than New Jersey, so that's also a plus.

And my second replacement... 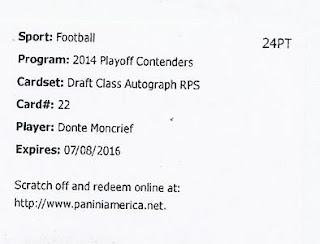 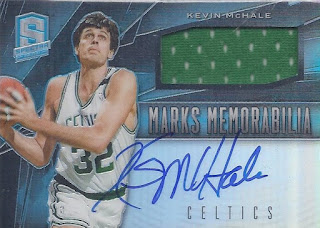 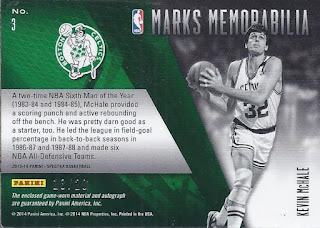 An unnumbered auto of a 3rd round draft pick becomes a /20 on-card relic auto of a Hall of Famer.

When it showed on Panini's website as this, I didn't believe it. I refused to believe this was actually my replacement until the card showed up earlier today. McHale would probably be in my top 5 most desired Celtics-graphs, alongside Robert Parish, which I already have, and the Larry Bird, Bill Russell and Paul Pierce that I don't have.

I'm amazed they didn't have a Moncrief sitting around Panini HQ somewhere, but I'm really glad they didn't.

Back to the Blowout goodies tomorrow!

Posted by buckstorecards at 16:44