I know nobody cares when I do a purely basketball post, based on post views. But, I have to get through this portion of my COMC box at some point, so why not on a Friday evening? 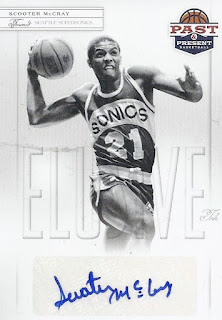 I'm going to start with cards featuring defunct/relocated teams. And to start, here's a card of Scooter McCray. Seriously, I really need more cards in my collection of guys named Scooter. And the auto is definitely in the top half of NBA autographs in terms of legibility. 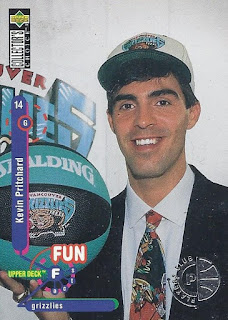 Much like they did for Ryan Turner of the Rockies and Clemente Nunez of the Marlins, Kevin Pritchard of the Grizzlies got a card based on being the first person signed in the history of the franchise. And much like the two baseball guys, Kevin never played a game with the team, getting cut before the first tip-off. 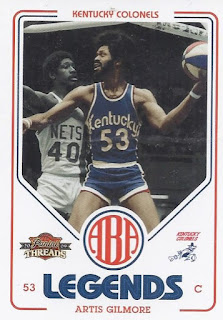 And to wrap up the defunct teams portion of this trade, here's one I got just for the Kentucky Colonels logo. Although the 'fro is impressive as well. 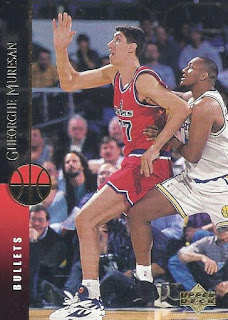 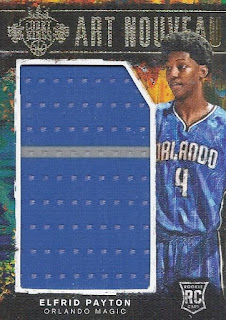 Sure, this appears to be a nice 2-colour jumbo relic of someone who had a pretty good rookie year. 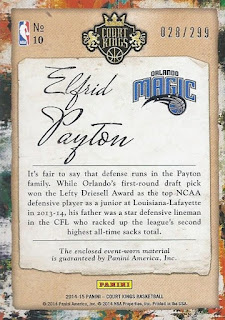 But the real reason I got this card is the back. Any time you can get a CFL reference on a basketball card, it becomes a want for me. And I didn't even make the connection that this Elfrid Payton was the son of that Elfrid Payton was when it was mentioned during a Raptors broadcast.

Speaking of the Raptors, this is a Raptors card: 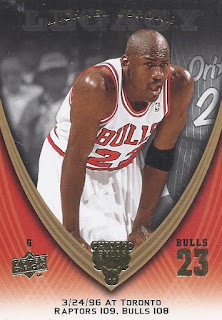 Sure, it has Jordan on the front, but, as part of a set that was issued for every game Jordan played, this one highlights a Raptors win. And since it was during the Bulls 72-10 season, and the Raptors were a lowly expansion team, this was a pretty memorable Raptors game. 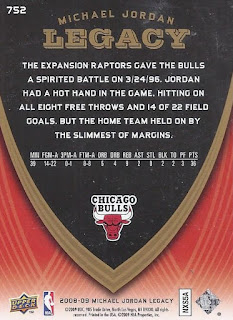 In the sense that I think it is only one of a handful of games from the 90s that get rebroadcast as classics. 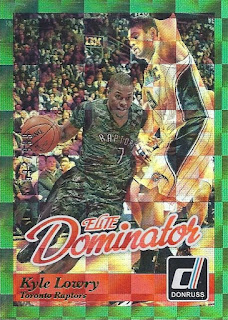 The Raptors also did the sleeved jerseys thing last season, but only with their special military-themed uniforms. And they work perfectly with the Dominators design. 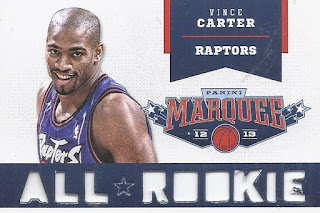 And here's a die-cut of Vince Carter to wrap things up.
Posted by buckstorecards at 14:28