"Come Sit Under The Learning Tree"

And I will show you all the great non-baseball cards I got in a trade with Greg at Plaschke, Thy Sweater Is Argyle. 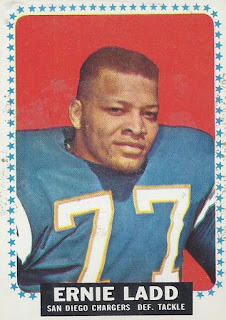 There was a point behind my title. That was a favourite saying of the pictured Ernie Ladd, who would say that when he wanted to educate youngsters about the goings on in wrestling - frequently, accompanying a screw-up on the part of the young wrestler. As you might have figured out, this is another addition to my small collection of non-wrestling cards of pro-wrestlers. He joins football cards of Wahoo McDaniel and Angelo Mosca, and an acting card of Robert Maillet. It's small, but I like it. 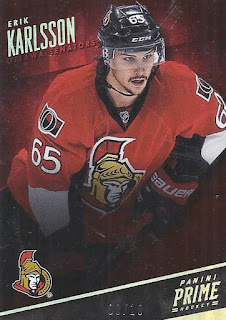 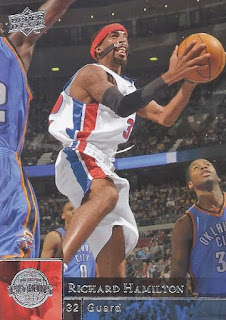 Basketball was a little more represented, with a trio of cards. Here's a 2/14 card. 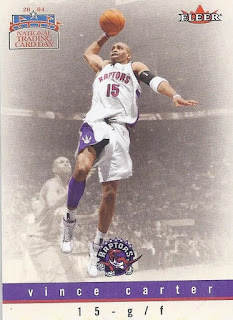 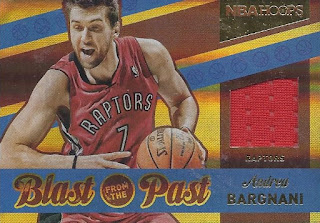 And a relic to close the deal. 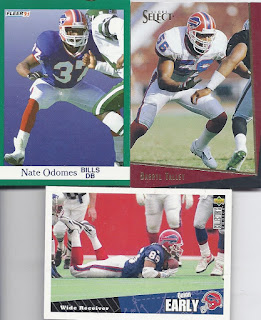 Next up, a small sampling of Bills. I vaguely remember the Quinn Early time in Buffalo, but at least he got a nice card from Collector's Choice out of the time. And it inspired me to google him, and come across this gem on his wiki entry:

Quinn, I loved your time in Buffalo and it wasn't long enough. I have nothing bad to say about it. Nothing at all. 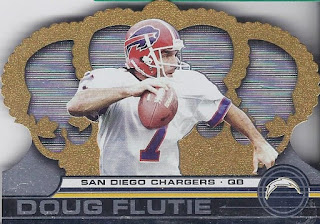 I guess this is technically a Chargers card. But I'll still put in my Bills collection. Because the uniform/helmet is enough for me.

All the baseball stuff coming at a later gate.
Posted by buckstorecards at 10:39