Another Flea Market repck. A recap of how these work. 50 or so base cards, maybe an insert or parallel, and one hit in a brick of cards for $5.00. 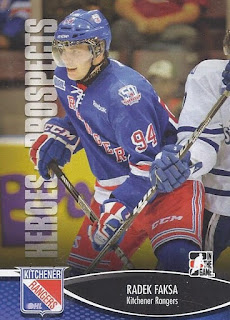 2012 ITG Heroes & Prospects Radek Faksa - The reason I grabbed this particular repack - a new card for my Rangers collection. He was a first round pick of Dallas, but has yet to make his NHL debut. A pair of Senators will likely be the newest NHL level card additions to that PC - Matt Peumpel and Shane Prince, both who are in MVP as SP'd rookies.
2011 SP Authentic Erik Johnson
2011 SP Authentic Michael Grabner
2011 SP Authentic Joe Sakic 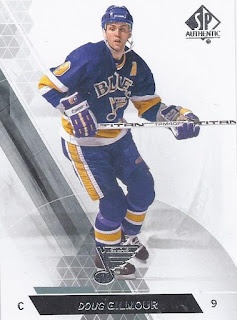 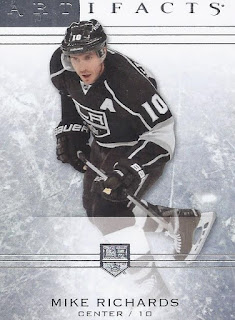 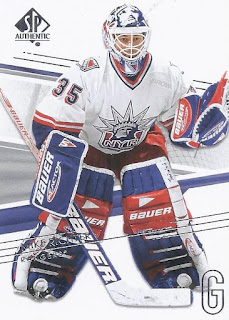 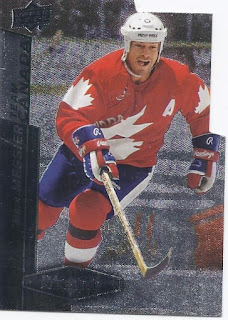 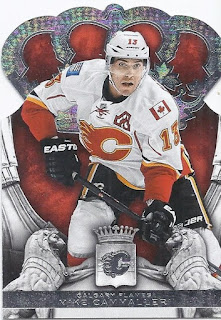 2013 Crown Royale - Mike Cammalleri - Of course I pull a Wolverine alum to pass along to TMM. Why wouldn't I? 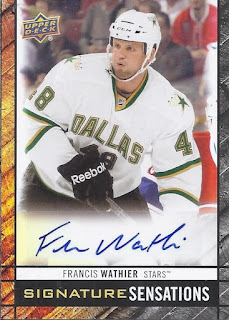 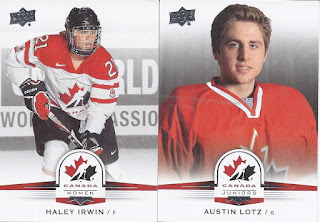 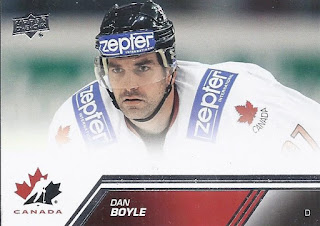 2013 Team Canada Dan Boyle - The only drawback is the on uniform advertising has all the subtlety of a fart in a diving bell. 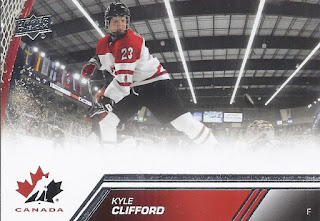 2013 Team Canada Kyle Clifford - But there are still some nice photos. 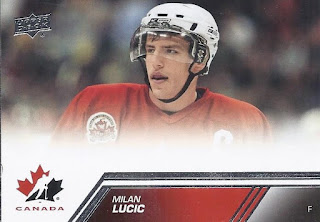 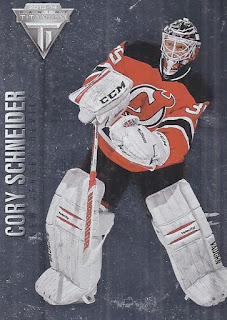 Another pretty good repack!
Posted by buckstorecards at 18:24