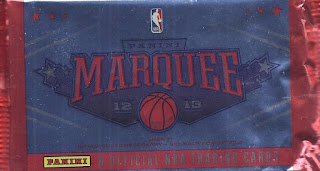 Now, one of the two individual packs that was in the package. I added this just so I could break $250.00 in cost and then save $10.00 before shipping. Did I make a good choice with the pack in question? Let's see... 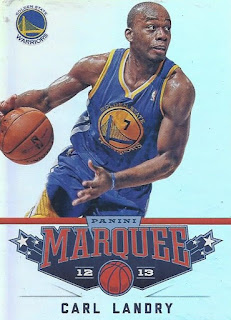 The first card out is a base card. The design is interesting as the front is shiny (and the stock is thick), 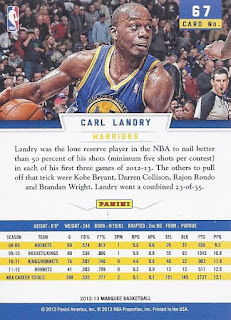 while the back is colourful, and pretty typical of something you might see on a Hoops or other lower end design. 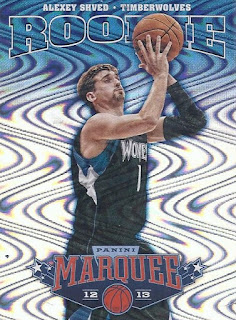 Second card is something called a Swirl-O-Rama. It definitely is. I pulled 3 rookie inserts in this pack, and as of now, he is the only of the three no longer in the NBA, having returned to play in Russia. 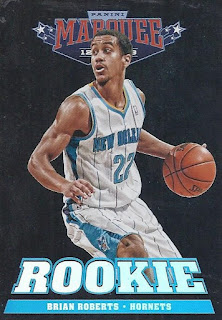 And this is a black holofoil insert. Brian is still with the Hornets as of this posting, but the Charlotte version. Although this is a supposed holofoil, the black portion is not really shiny - although the ROOKIE on the bottom is. 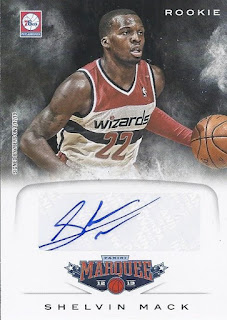 Hey! Rookie #3 is an auto! Not a big name, but Shelvin Mack is kind of a cool name for an athlete. 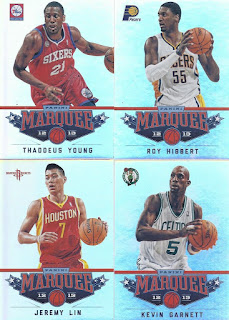 And 4 more base cards to wrap this up. If I can't pull a Raptors card from it, a Celtics card is a nice way to end things.