Time to dig into the rest of the cards in the case, with all the hits, inserts and parallels. 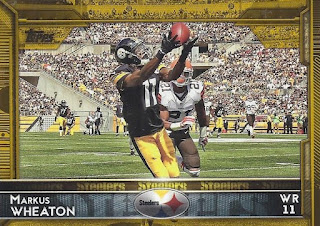 Gold parallels continue to appear in this set, numbered to the expected /2015. I got the expected 5 in this box. This Wheaton is already a great photo, and it looks even better with the shaded gold border. 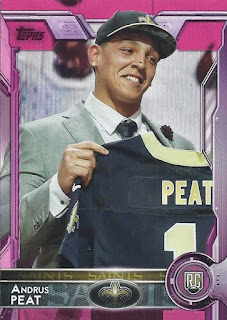 The pink parallels are /499. And we have another Draft Day picture. 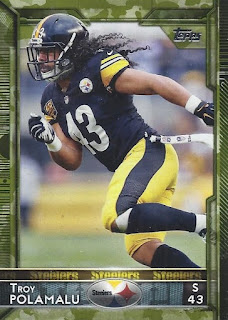 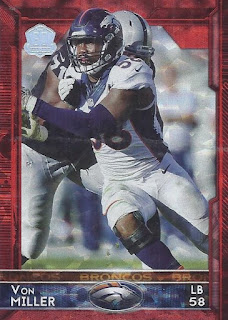 And finally, these are 60th anniversary parallels. They're appropriately numbered to 60. 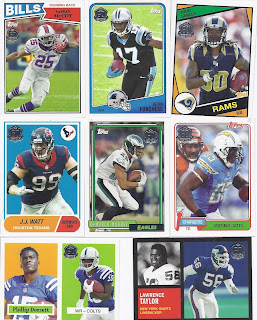 Falling at a rate of 2 per jumbo pack were some more 60th anniversary themed cards. Very Archives-y. 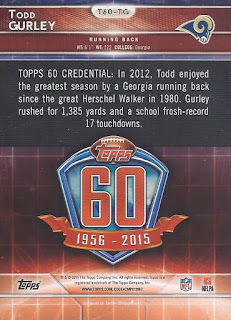 But the backs don't quite fit the front. I considered chasing this insert set, and probably would have if the backs matched the front instead of just using the Topps 60th back. Although I will chase the ones for my PC, consisting of 2/14 baby Alshon Jeffrey and non-photoshopped Bill Sammy Watkins. 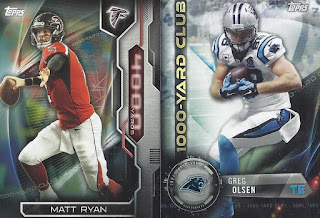 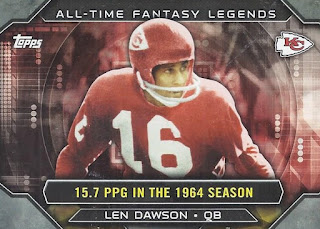 As well as yet another tiresome fantasy insert. 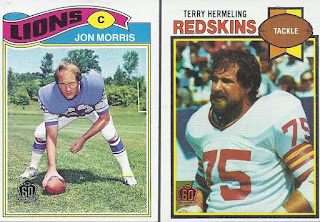 Buybacks also move over from flagship baseball. I did see a good number of early 80s cards show up in other breaks, so a pair of 70s card from the currently ignored OL position were nice. 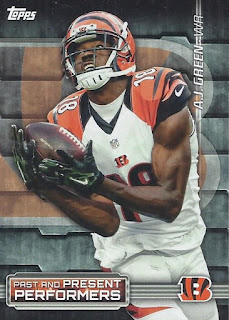 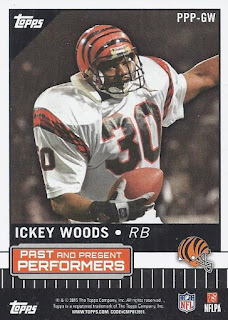 Past & Present performers highlight what you'd expect from a subset with that name. 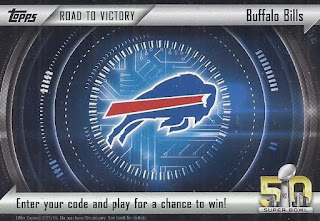 These fall at a rate of about 1 per case.

I don't think I'm going to get that set. 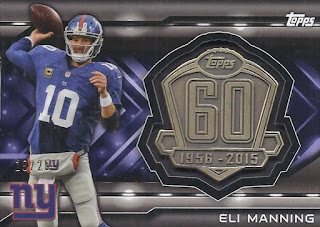 These fall at a rate of 1 in every 968 packs. I really don't care much for this style of manu-relics, so it will probably be on its way to my COMC account sooner rather than later. 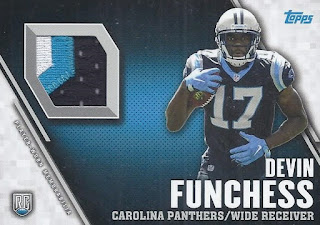 I won't be keeping the actual relic in this box either. Funchess is a Michigan Wolverines alum, so this three colour patch will make its way to Dennis @ Too Many Manninghams at some point. 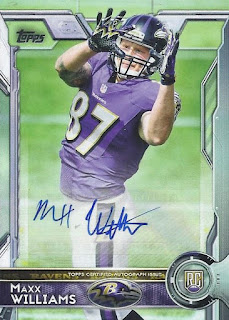 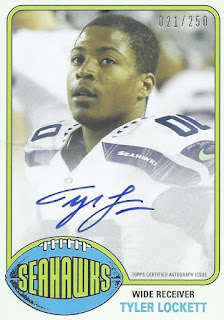 So I guess I should at least hold on to these two autographs. On the sliding scale of declining autograph quality, Maxx Williams is probably in the upper half of the bunch. The inclusion of the 'Y' in Tyler Lockett's first name probably puts him in that category as well.

And there you have the contents of my box.

So, 1 pack and 1 box left to go. But I might take a repack break tomorrow for old time's sake.
Posted by buckstorecards at 10:34