Thy Trade Was Argyle

In the time around the Expo, I had picked up a nice package of Ryan Getzlaf cards at a good price, with the plan being that I'd send them stateside. Then, I got the idea of trying to hunt down a card of Ryan's CFL brother, Chris. I finally found one through Chris' website, and sent that as well.

The return goodies came today. I'd already had an idea of what was heading my way, but there were still some nice surprises in the package. 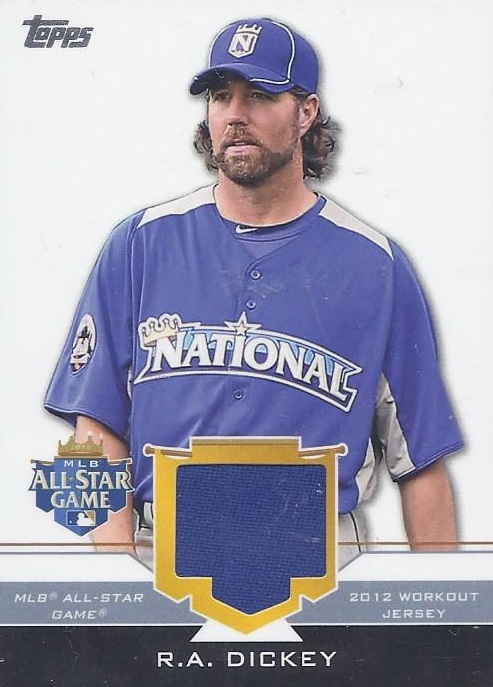 I'd had my eye on the card for a bit, although after his trade to this neck of the woods, the thought of picking it up for a decent price was gone. And then it shows up in the envelope. It was posted in the show recap, but it was not specified as heading up here. So it was a surprise still. 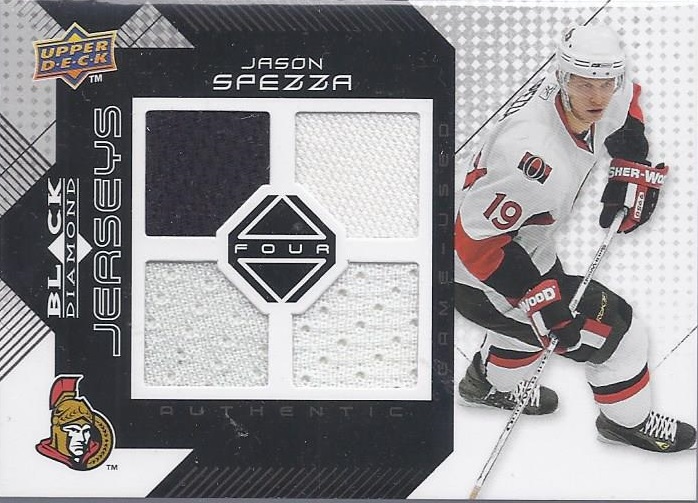 This one, however, I knew was heading my way. I've now got a page worth of Spezza hits. Incredibly, this is the only Spezza solo relic I own in a colour other than red. 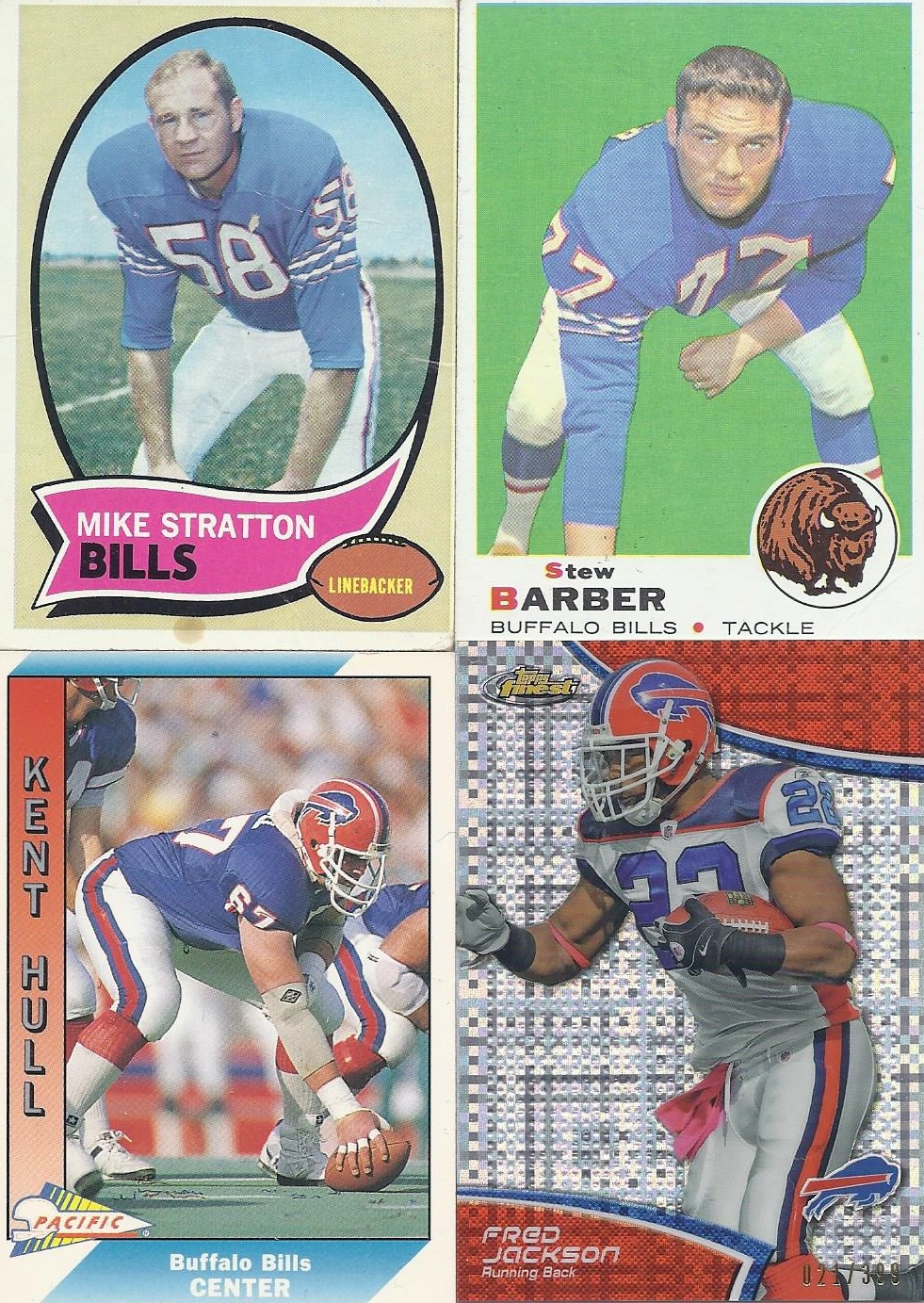 I knew the two vintage Bills cards would be coming to my collection (and doesn't the Buffalo on the Barber card look intimidating?)  But, there was a small number of cards from the glory years, including the late Kent Hull, and a nice refractor of one of the few players worth watching today - Fred Jackson. At least when he's healthy.

Even though they're the defacto local team, it's hard to find any of their stuff locally, so any Bills are always welcome!

A nice trio of Vlads as well. The two on the outside are both numbered. 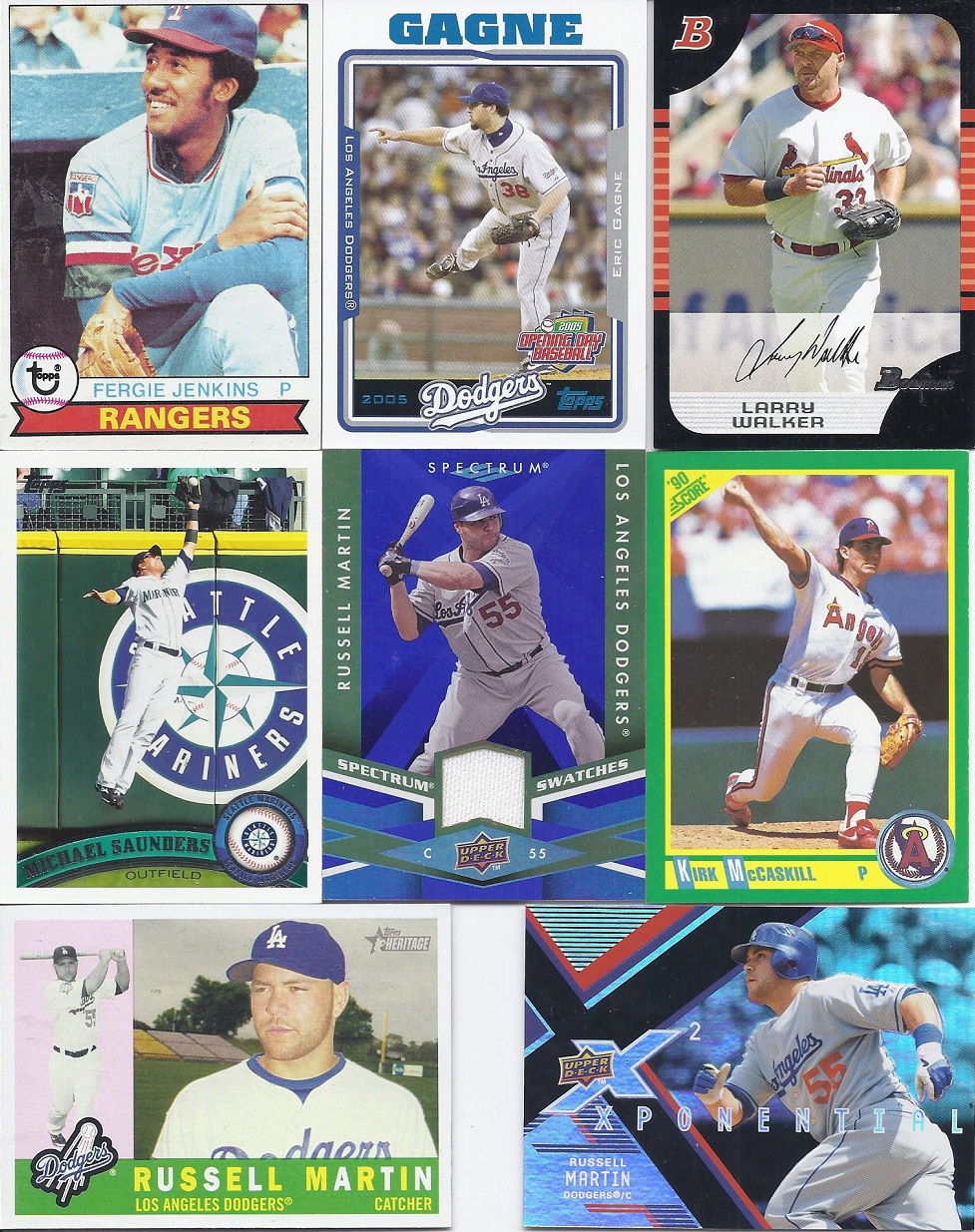 Oh Canada! A nice variety of cards to be added to my Canadians in MLB folder. Obviously, Dodger guys would be the most represented, but there was also that nice Fergie and my first card of Walker in a Cardinals uniform. 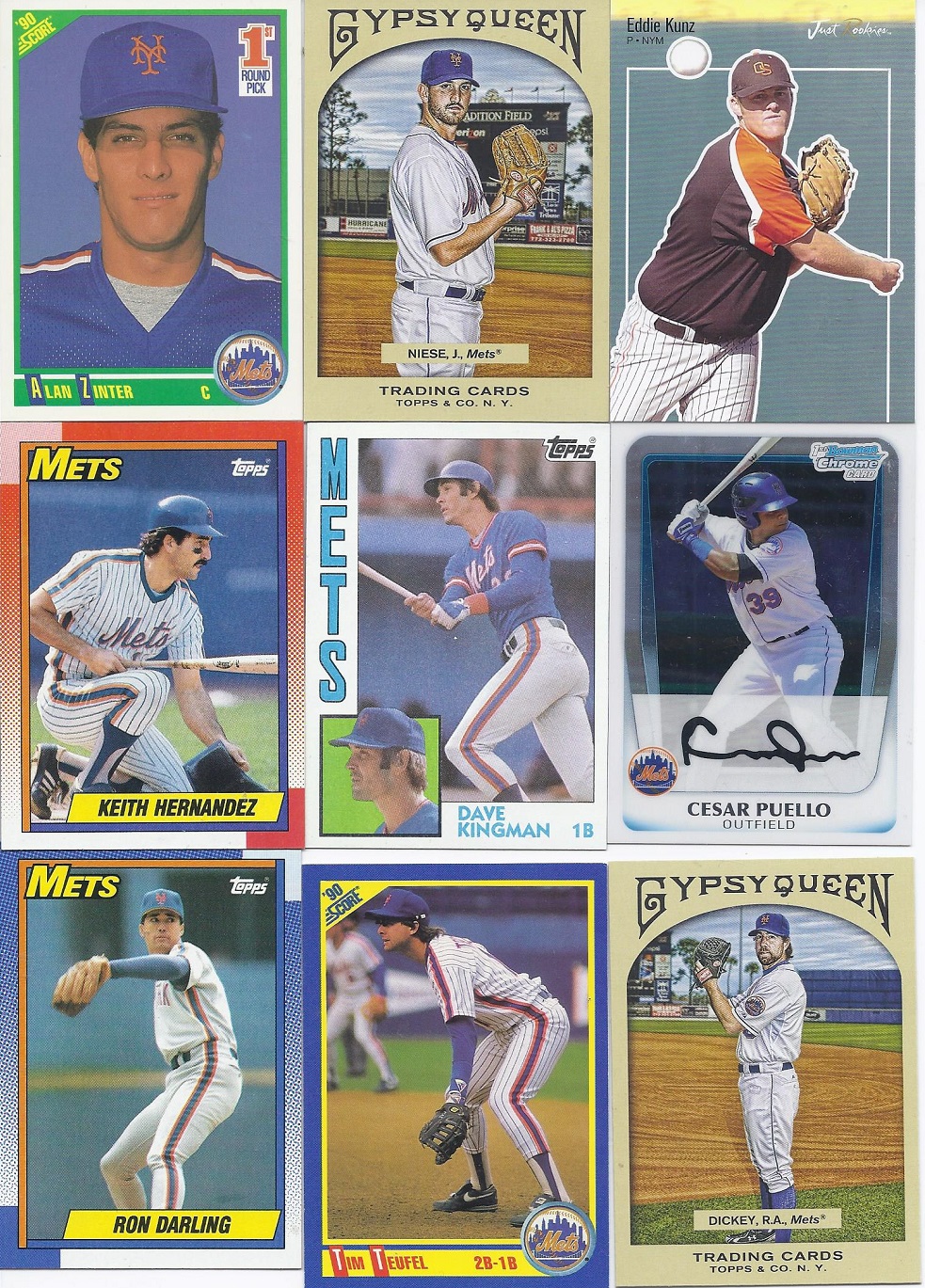 And a nice mix of Mets as well. My favourites are always the obscure ones, so the best of the bunch goes to Eddie Kunz!

A great variety of stuff in the package.
Posted by buckstorecards at 16:06