The Curse of the Dupe Fairy

As I've said before, I'm trying to build Series 2 without buying any non-retail boxes. As of a couple days ago, the usual suspects for retail still didn't have any packs in, so it was off to the LCS for another jumbo pack.

I've only busted stuff from there, so with a couple jumbo packs and a few hobby packs, I've got a little over 120 base cards.

After this pack, who gets added to the base? 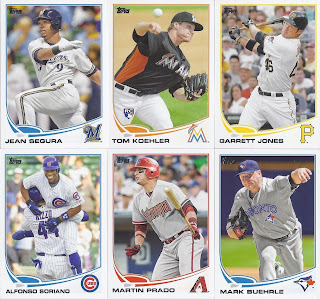 6 cards out of about 40-ish base. that go into the old collation box. At least there's a Blue Jay and a nice picture in the Soriano. 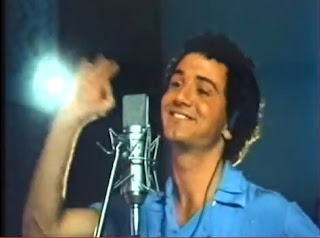 Perhaps the inserts will save this pack. 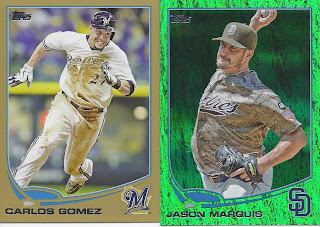 Nothing too spectacular among the parallels. Although the camo uniforms really look good with the emerald design. What else? 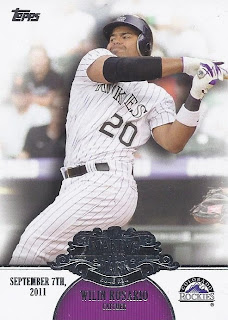 Again, nothing too spectacular. 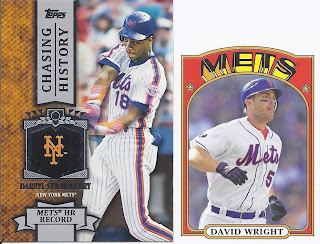 Now we're talking! The only two Mets in the package, and they're both inserts. I think they were right beside each other as well. For me, that should be enough to save the pack.

But there was one more card in the pack. I had an inkling there'd be something like this in there when I picked up the pack. I figured it would be another pin like the Trout I pulled, since it felt a little heavy for it to only be cardboard. 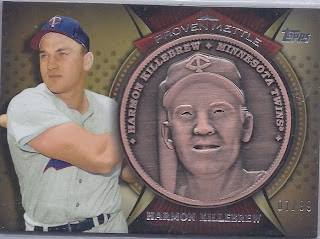 Wow. That's gorgeous. I pulled a Josh Hamilton the first time around, and ebayed it due to not really being interested in Hamilton cards. This time, I'll be keeping it unless a Killebrew superfan wants to trade for it.
Posted by buckstorecards at 13:53