Back to the rest of the cube. These comprise the 90 loose cards that were in the pack. 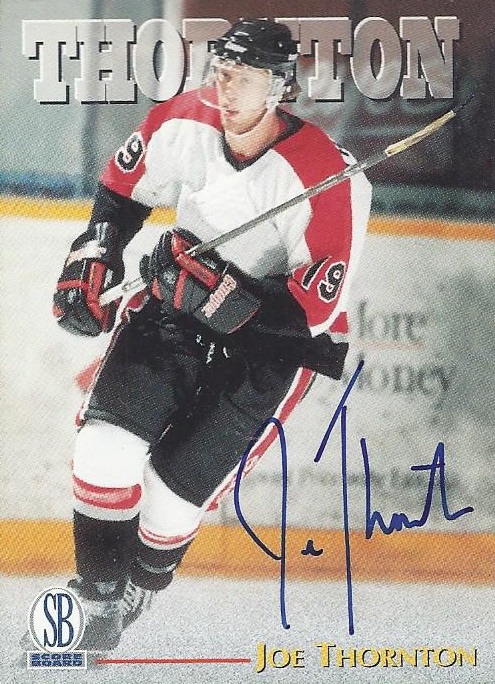 And here's the hit! It's certified, so the back says, although it makes some of the non-Topps baseball releases look licensed. 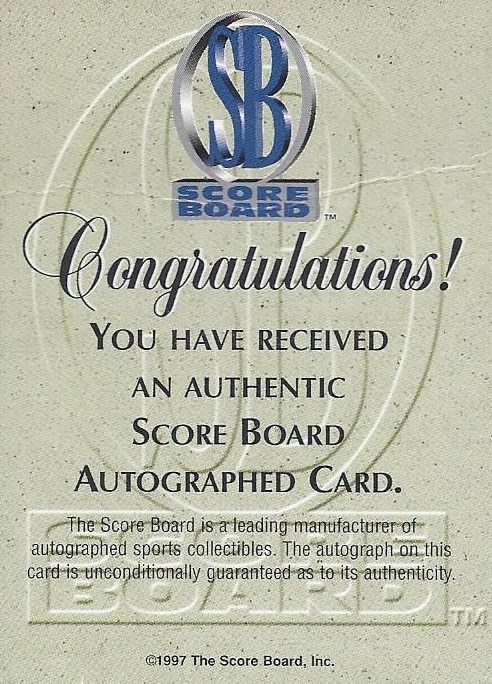 It is better shown on the back, but this was the second card that was in far less than mint shape.

But, that's concentrating on the bad. I'll accentuate the positive as I work through the rest of the cards. 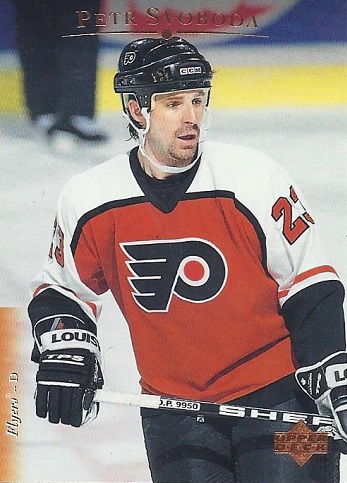 A new card for my 2/14 binder! Although he spent many years in Philly, this is my first binder card with him in any uniform other than a Habs or Sabers one. 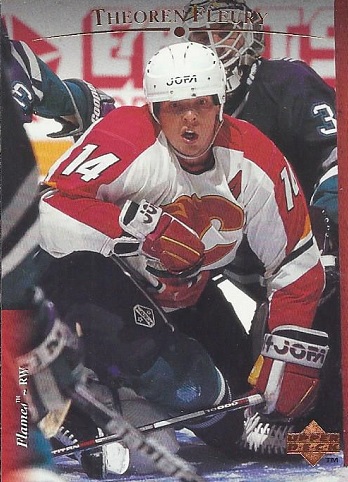 Although it was a card so nice, they gave it to me twice, this was my favourite photo of the loose cards. My 3 faves, all Upper Deck. Not exactly a surprise. 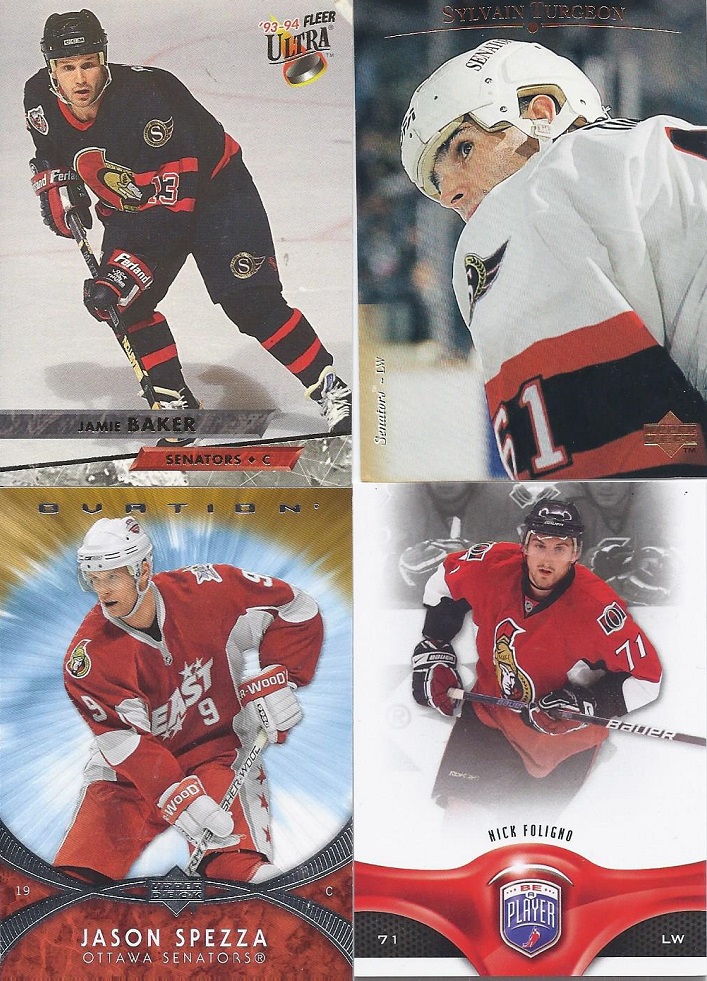 WOO-HOO! 4 more Sens! I might even make this Spezza the one I use for my Sens Frankenset. Just for being different.

Interestingly, there were several points in the cube where I'd find 3 or 4 of the same player in a row, albeit on different cards. 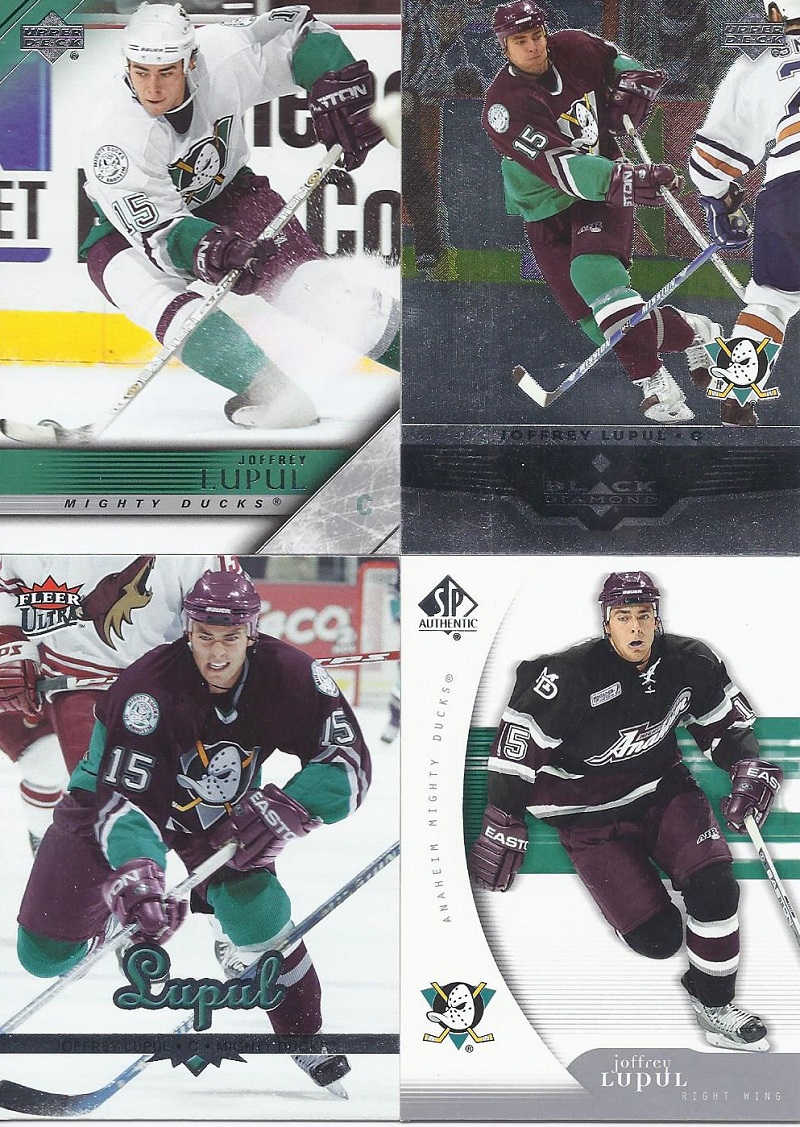 4 Lupuls! But this was really noticeable with the Flyers. I ended up with 4 Tommy Soderstroms.

3 Ilkka Sinisalos. These did include the two oldest cards in the repack. 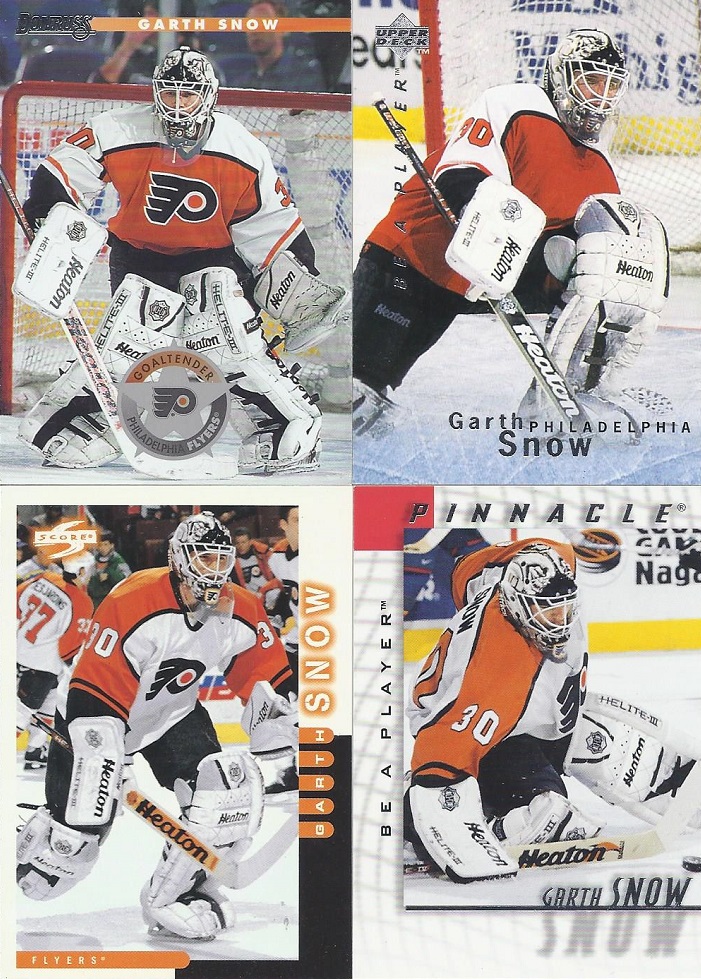 But I also ended up with 4 Garth Snow cards. All of which feature his Abonibl....Abomd...Abom... YETI mask!

And to wrap things up, 3 more cards bound for a certain collector of Wolverines alumni.

Posted by buckstorecards at 16:05