A bunch of envelopes made their way to Chez buckstorecards over the past week. Time to dig in.

First up, and arriving last week, were the goodies from a 1983 Fleer Sticker break by GCRL. I grabbed the Jays and Mets, and got randomed the Twins & Padres.

Yup. Joey McLaughlin was the biggest nerd in the history of the Jays franchise. That's on a team with Rance Mulliniks and Tom Henke as alumni. There weren't a whole lot of game shots in the whole break, but the Barry Bonnell one does give a nice look at the early Jays uniforms.

Two of my favourites appeared in the Mets portion. Mookie and Le Gran Orange.

As for my randoms:

Sorry Mr. Davis, you aren't going to take the nerd title from Joey. The Eric Show was the only card in the Padres portion that didn't feature something very yellow.

To offset the cost of sending to Canada, I sent some double play cards stateside. There were a few Blue Jays cards in the return package.

Most notable was this: 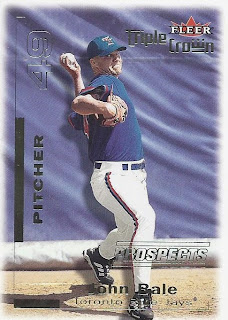 John Bale! My list of Blue Jays needed for the Frankenset drops to 2 (both only seem to have 1 card, and they're both in my Top 10 list).

That's one envelope down.

Fortunately, the next two were of the PWE variety. One card apiece. 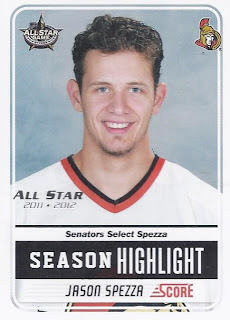 A smidgen over 300 credits at Listia gained me a new Spezza card. I'm not even sure what set this is from, but it does appear to me connected to when the All-Star Game was in the city. COMC says it is a Panini Redemption card. Whatever it is from, it is a nice, unique card of Spezza. 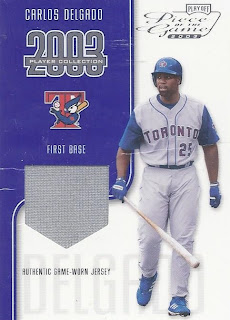 I sent a pile of 1991 Fleer to Uncle Doc. Only 1 card in return, but it is a nice one. A new Delgado swatch for my collection. I don't really care about the crease when the card is #d to 100. Even better, it fills a page in the binder with a 9th Delgado swatch. Perfect!

Finally, a zistle trade with Captain_Canuck. Since I had two Dave Justice autos from this year's Topps flagship, I decided to unload one of them. 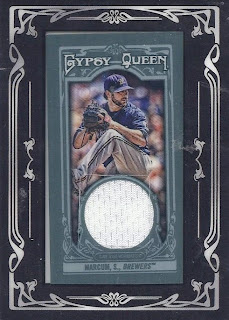 On the surface, probably not an even trade. But getting a card that fits into my personal collections (Non Jays/Mets cards of players who played for both teams) it is a perfect addition. But, there was more. 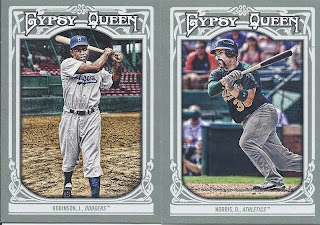 Staying with GQ, it's hard not to like any Jackie Robinson card. As for Derek Norris, he's an honoured member of the 2/14 binder. 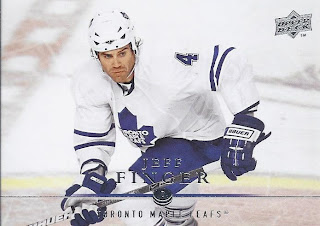 One of the worst Leafs free-agent signings ever?! A sure want for a Senators fan. I wonder if there was any truth to the rumour that they actually signed the wrong player. 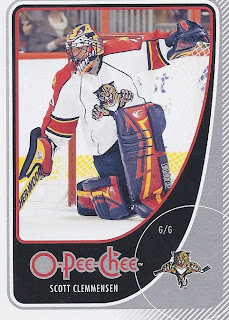 A new Clemmensen card for the mask binder. Obviously inspired by the similar and classic mask of John Vanbiesbrouck. 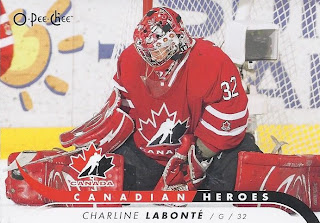 And finally, my second card of a female netminder. The design on the side of her mask is her family crest, which is something I can't recall seeing on any other mask.

No matter what the source, thanks for all the goodies!

Posted by buckstorecards at 09:14