Another trip to Walmart. Another one of those cube repacks that I'd picked up in the past. This time, I went for a slightly more expensive one. The cheaper ones offered about 8 packs of cards, 10 packs of stickers and 50 loose cards. This one offered 10 packs, 90 loose cards and a hit. Why not upgrade?

It might not have been the best idea. I should say that if the cards had come out of the cube in decent shape, I'd have been a lot happier that I was with my purchase. That 'if' in the previous sentence pretty much summarizes the purchase.

I'll start with the packs, and get to the loose cards (which include the hit) tomorrow.

These were the packs:

Not a bad selection.

Time to dig in. 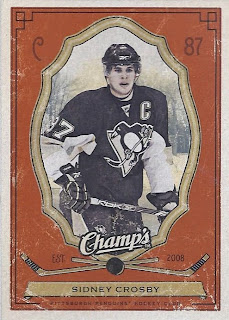 This was the best card, monetarily-speaking, to come out of the packs. A red parallel of Crosby that COMC thinks books for about $15.00. It's also the first 'if' card, as it came out with both upper corners dinged. 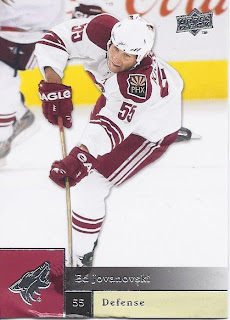 In retrospect, I'm just happy it didn't look like this. Straight to the trash with this one. 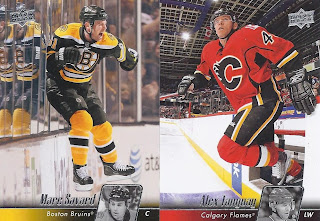 Enough with the bad. On with the good, and my two favourite photos from the pack. I've bought three of these, and each time an Upper Deck Bruins card has been my in this position. Coincidence? Likely.

The packs did contain a trio of Senators cards. The Cowen will move into my Senators Frankenset, replacing the insert I'd been using a placeholder.

The insert portion of the packs were pretty good to me. I didn't grab any Young Guns from the UD product, but this was still nice, despite the annoyingly thin stock. 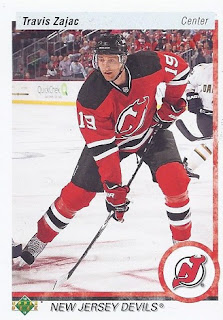 And, here's a few more inserts: 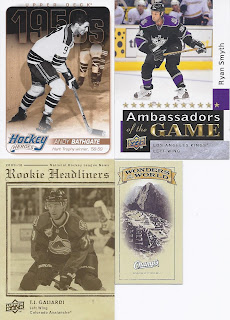 Definitely a variety there. 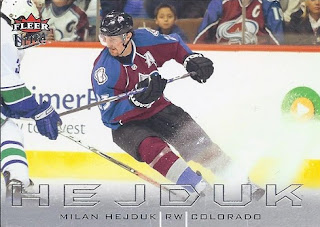 The only card from the packs that is on its way to the 2/14 binder. 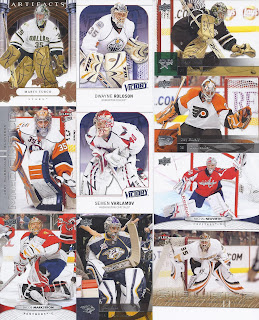 And another 10 for the mask binder. Although those 2 Turco might have another home in the works.