Despite the main complaint yesterday about recycling of photographs, I did like the cards quite a bit, and was quite happy with the cards I pulled. As I said, there weren't any dupes in the whole box. Good thing for set building, but bad if I'm going to put anything up for trade. I'll certainly be making the attempt to complete the base set, but probably not the SPs aside from the Mets and Jays. Although I believe there are 7 Mets among the 45 SP cards.

Every did seem to come out at the odds on each pack. Another good thing. And since all some people want to see are the hits, I'll open with the autographs. 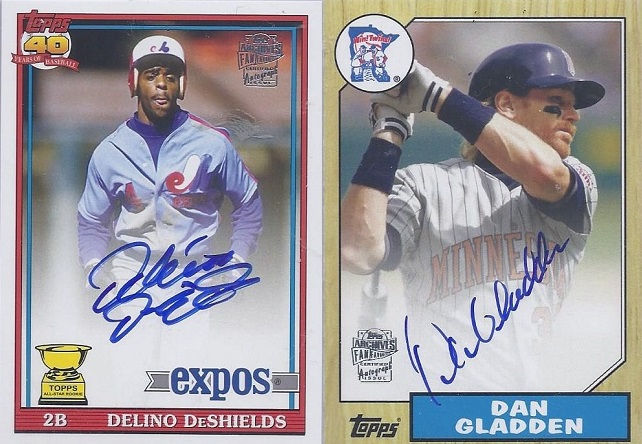 Not a Met or Jay, but I'm happy with an Rookie Cup Expo as a consolation prize, even if Delino is probably better known as being the guy they got when the Dodgers traded away some guy named Pedro Martinez. It appears that Dan Gladden's pen died in the process of signing his name. Interestingly, I noticed that these two cards were pretty much in alphabetical order when comes to card numbers. FFA-DD and FF-DG respectively. I was curious if this was the case, so I headed off to youtube to see if the pattern was unique to mine. It didn't seem to be, but I did see another box that had the exact same pairing of autos.

But, at least I've heard of both these guys. While I love hits, no matter who the player, it really takes the wind out of one's sails somewhat when the player doesn't even have a wikipedia entry. 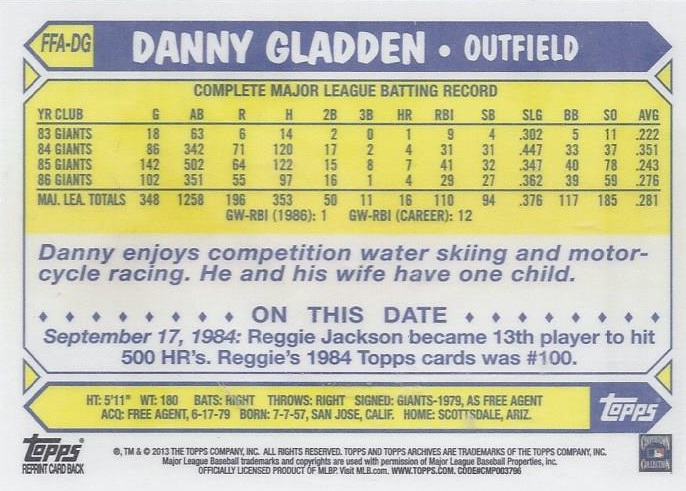 While I do like they kept the original Gladden 1987 backs, they could have at least either decided on whether to use Dan or Danny on the card. 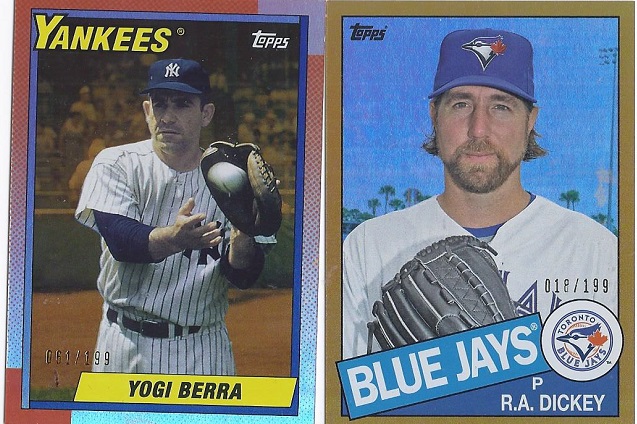 Two more hits, this time with the /199 parallels. The border of the 1990 design really looks nice in shiny form. No Mets here either, but a Blue Jay and both players having ties to the franchise again works as a consolation prize. 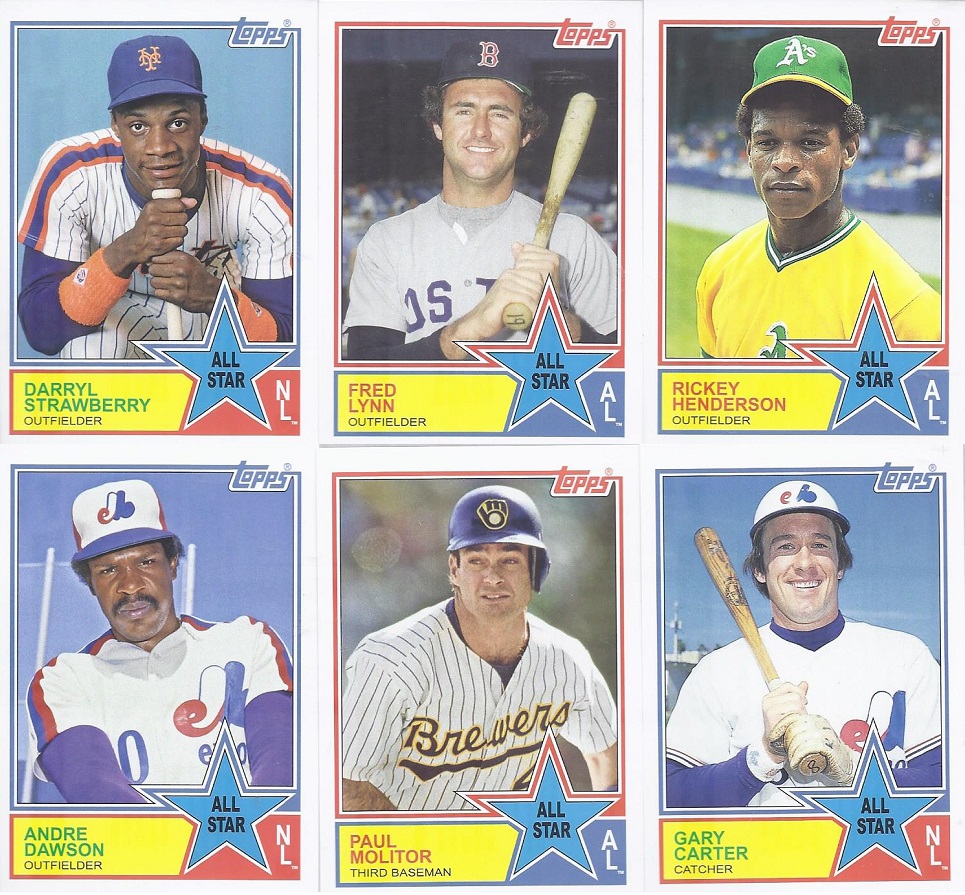 Better Mets luck here with the 1983 All-Star inserts. I'll second Mark at This Way To The Clubhouse. That is a beautiful card of Darryl Strawberry.

More Mets love with the stickers as well. 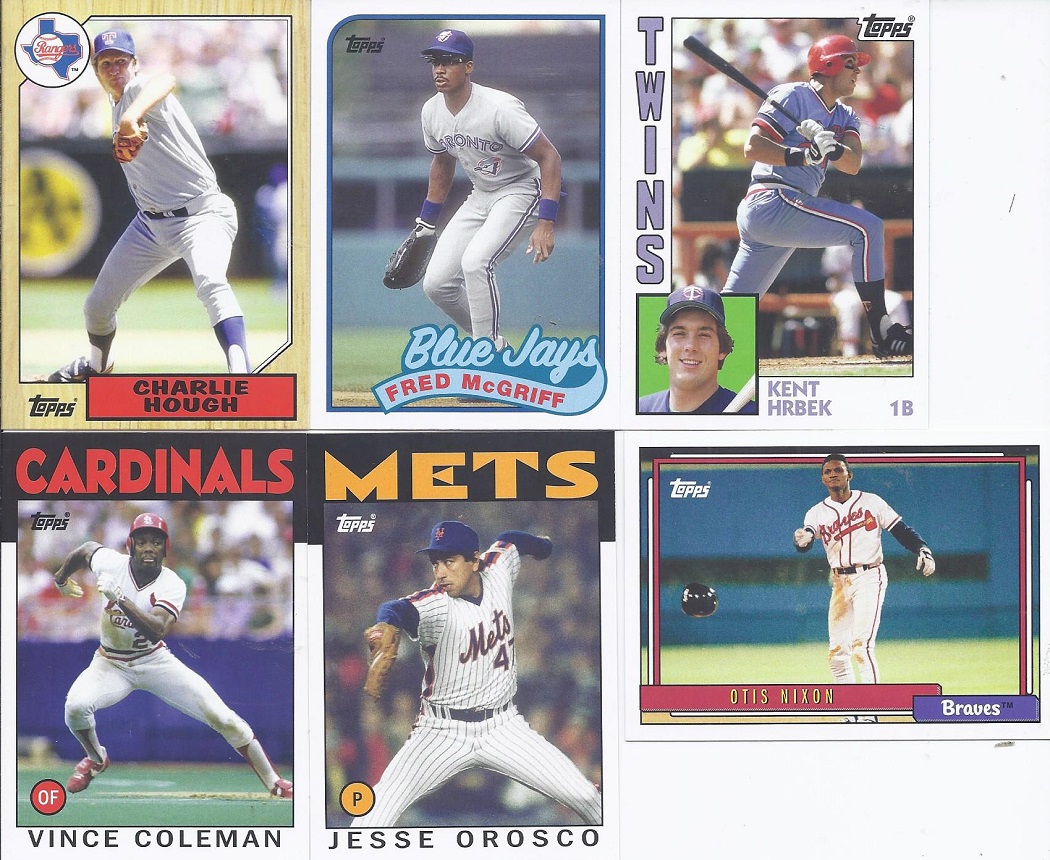 Given the # of Mets in the SP portion of the set, the odds were in my favour of pulling at least one from them. I'd rather the Mookie, but the guy who threw the final pitch in 1986 is also welcome. I with they'd have used a different set for Hough, since you can't see his knuckleball grip. The Otis Nixon 1992 card was also a horizontal one, so it is nice to see that remaining so with his Archives hit. It's also probably my favourite photo of the bunch. The Vince Coleman one is pretty close, though. 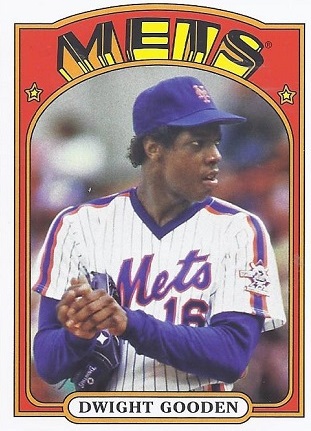 I'm a biased Mets fan , but this one of Doc is my favourite non SP base card. A bonus is that appears to be a picture from 1986 based on the patch. 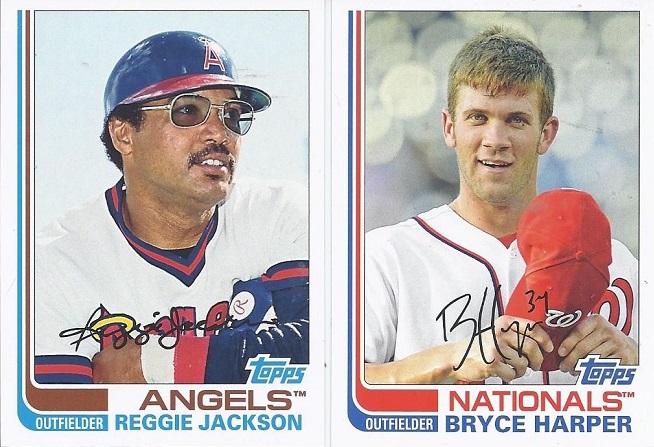 I pulled two Reggie Jacksons from this box (the basketball insert), and neither one has him with the Yankees! YES! The Bryce Harper one is about as silly as any picture in this set is going to get. 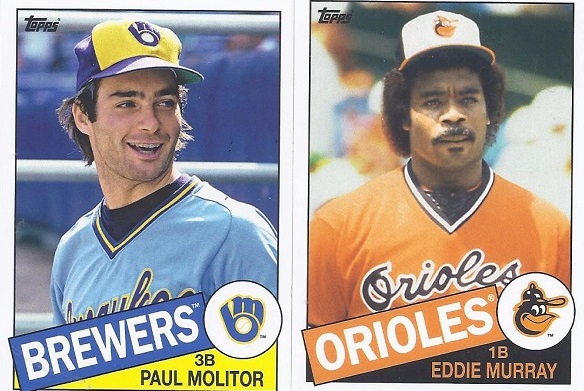 Kudos, Topps for using the older Brewers and Orioles logos on these cards. How can anyone not like that smiling oriole? The other base cards for the Orioles (Bundy, Jones, Chen) and Brewers (Segura) used the current logos. 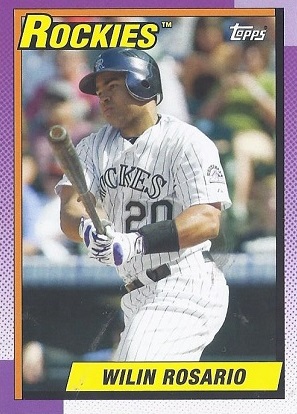 Some of the 1990 cards look to have actually made an effort to make the border colours match the team logos. While the purple works for the Rockies, there are some stranger choices. Unless the card featured the Phillie Phanatic, why would green be used for the Phillies? 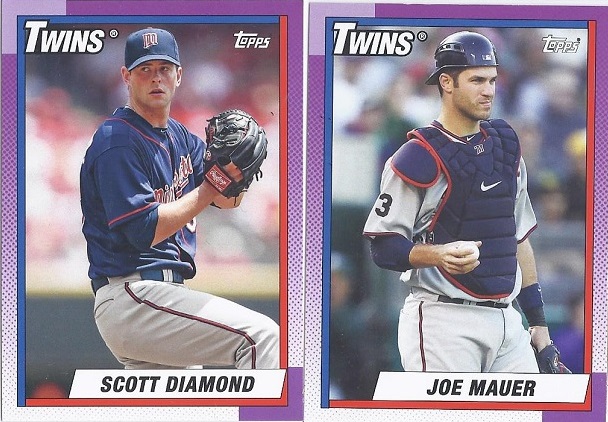 And the borders and text are consistent for teams across this portion of the set. Another plus. This is also my first full-sized card for Scott Diamond, who is from just down the road in Guelph, Ontario.

My only real complaint is the re-used photos, and if that's my primary complaint, I'll be happy.
Posted by buckstorecards at 12:59