I'll try Target tomorrow in an attempt to find some retail of this set. Until then, it's still Jumbos from the LCS. Thankfully, I did do better this time in terms of building the base. 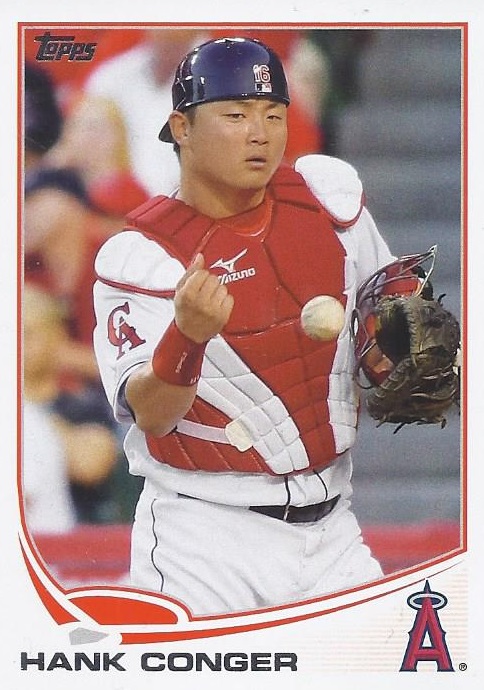 My favourite photo of the pack was this one. But that's only because it looks like Conger is flipping the bird as opposed to merely tossing a ball., 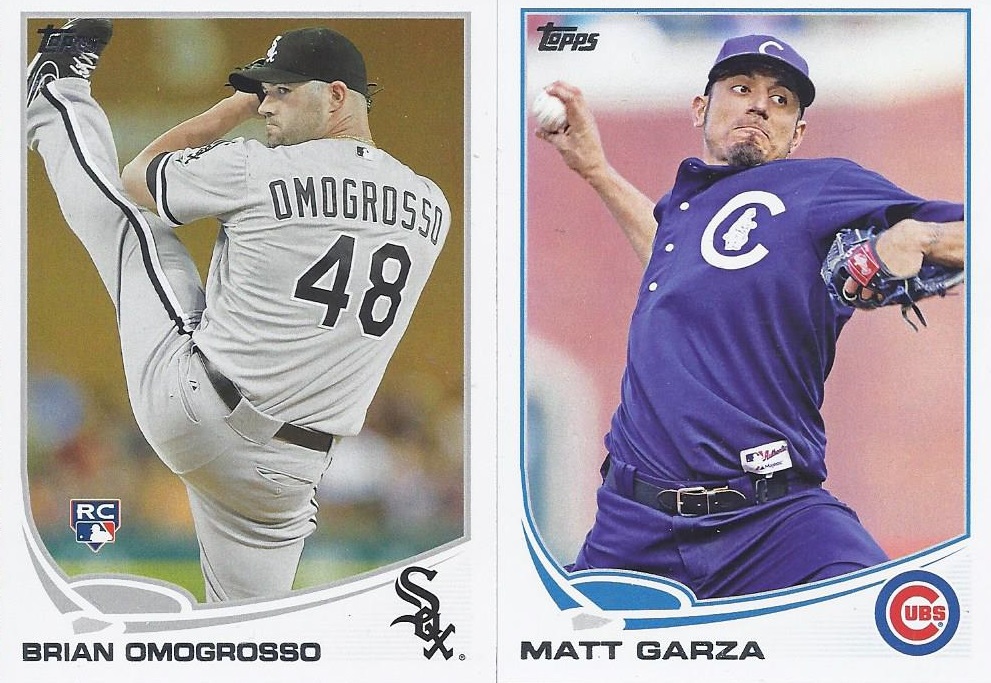 Chicago teams get the runner up spot in this pack, with a high leg kick from the White Sox, and a nice throwback for the Cubs. 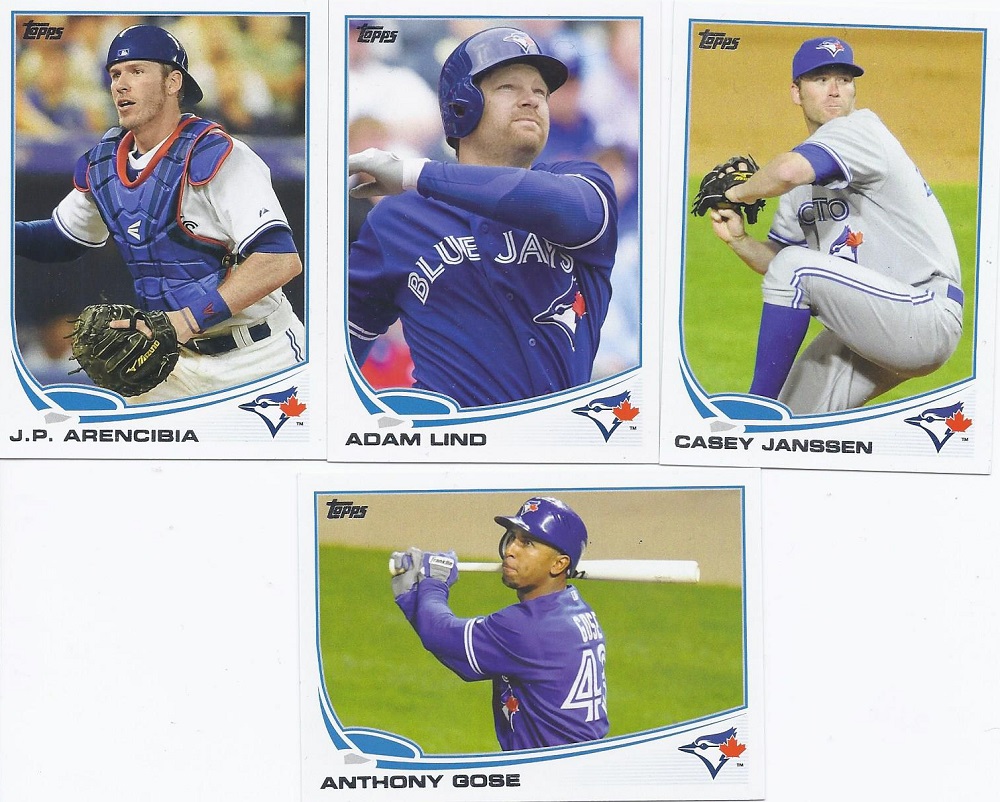 Although no new Mets base cards entered my humble abode, the were 4 Blue Jays in the mix. Gose might be the least necessary horizontal card in the series.

Time for the inserts!

The parallels! For more interesting usage of the horizontal medium here. 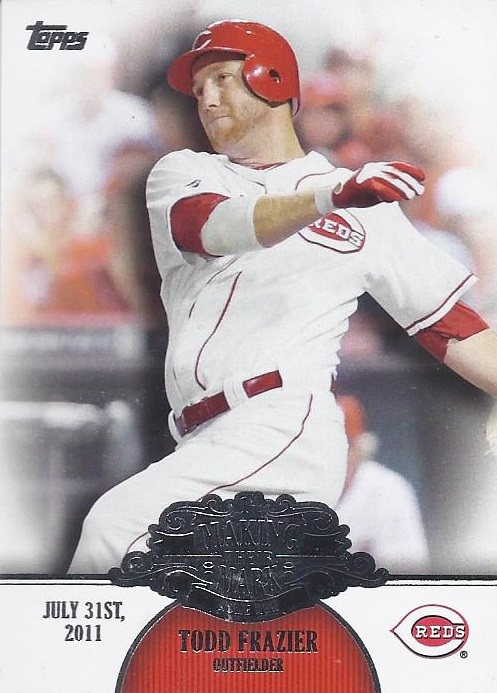 Not the most spectacular player for the MtM insert series, but I have been coming across a lot of Frazier's cards lately. Although that might have been influences by back-to-back Fraziers in my first ever Fairfield repack. 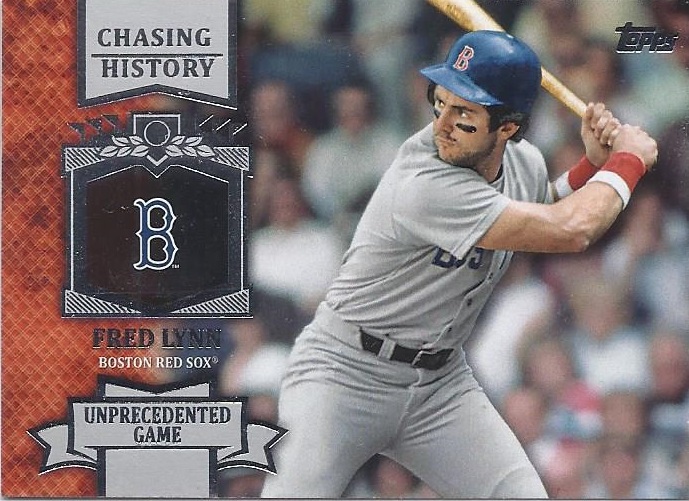 Fred's unprecedented game? Becoming the first Aler with 3 homers, 5 hits and 10 RBI in one game. 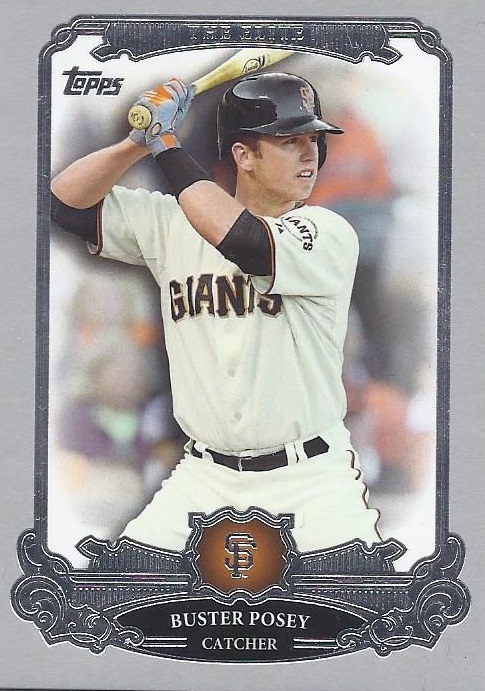 A "The Elite" of Buster Posey. 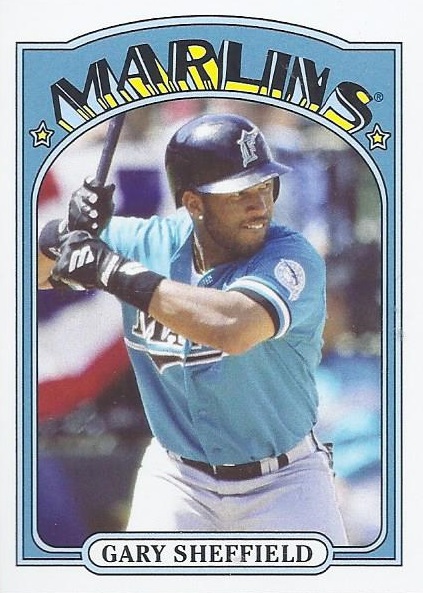 But, I'll save my favourite find for last. I definitely gave a "Yes!" when this one came out. 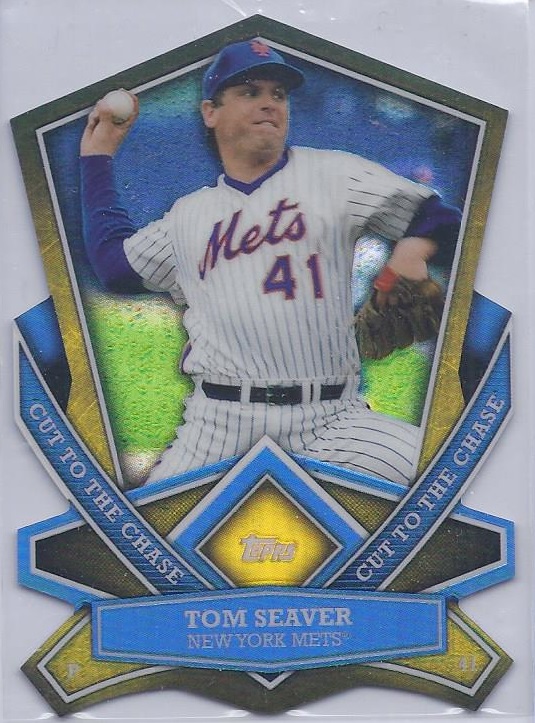 Straight into a top loader with this one! It's not a hit, but I'll definitely consider it to be the best card in the pack.
Posted by buckstorecards at 08:27