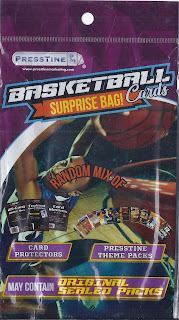 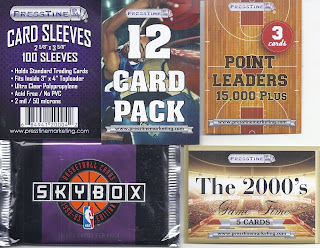 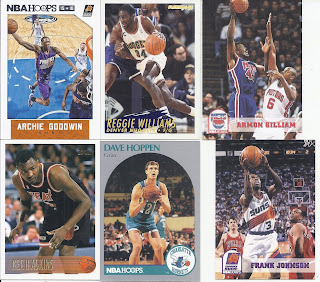 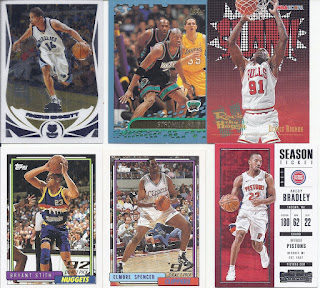 Here's the dozen pack. Frank Johnson is the brother of the late, unlamented "Fast" Eddie Johnson, as well as a former Suns teammate of the name-accursed "not-Fast" Eddie Johnson.  I like the coincidence of back-to-back Grizzlies content, with both cities making an appearance. Any Vancouver content is a thumbs up for me.

The 15K pt is exactly what I expect from  it - junk wax era cards of some pretty good players. As for those 76ers uniforms, there's a reason they're near the top of a lot of 'worst' lists. 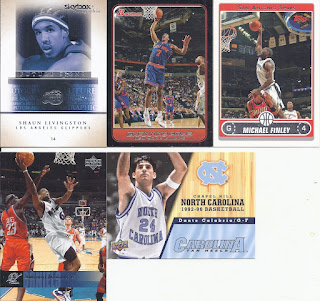 While there's nothing as great as the Cory Hightower that I opened the year with, this is a solid enough grouping. And I always like coming across cards of players who didn't get many over their career - Calabria never reached the NBA, and the only cards he has are with the Tar Heels. 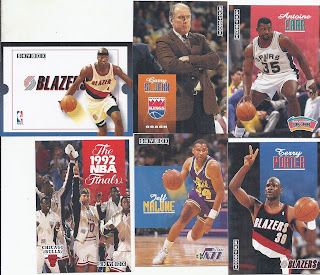 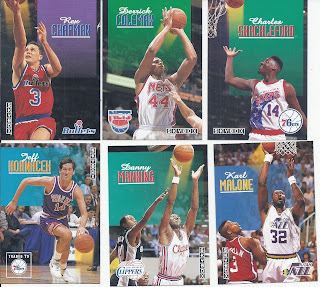 Interesting that this pack contained both of the Utah Malones, even if they aren't related. This pack also combines with the 12 misc. cards to get me the Jeff Hornacek rainbow from 1992 Skybox, along with both the home and road version of that Sixers jersey. Shackleford looks so casual in that photo, it doesn't even seem like it was from a game, or even warm-ups. The Skyboxing of the ball on the Manning really works alongside the missed block.
And there you have it!
Posted by buckstorecards at 06:00