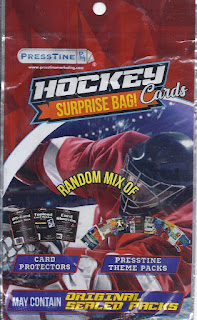 Hockey is all that's left! 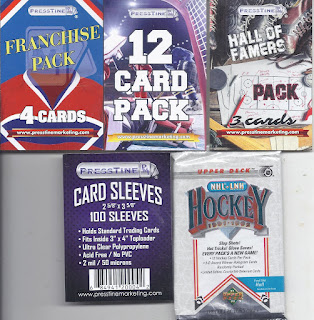 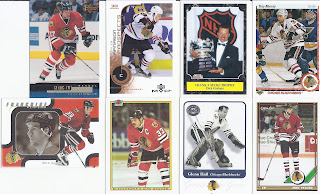 The Franchise pack's 4 card promise actually brought 8 Chicago cards. Seeing Wendel Clark in that uniform is definitely odd - he only played 13 games for them. Two appearances is enough for me to call this a Dirk Graham hot pack. But my fave is easily the Greats of the Game of Hall. A solid set in any sport. 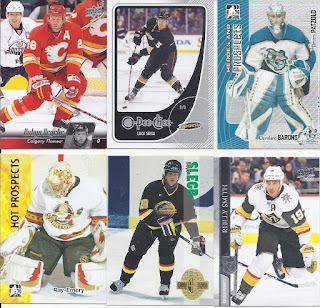 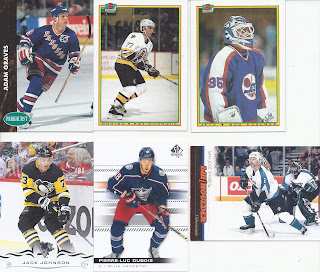 The 12 card pack is next up. There's a couple of rare hockey birthplaces to start. Regehr is one of two players born in Brazil, with Sbisa with one of three to be born in Italy. I've been seeing a lot of that Binghamton Sens card of Ray Emery in repacks as of late. I often joke that Dennis should be sending me cards to bust, since I seem to be such a magnet for Wolverines cards. That Jack Johnson is the first one I've seen so far in this, as best I can tell.

Yup. Those are certainly 3 HOFers. Brett Hull seems a little lumpy in the inset drawing. 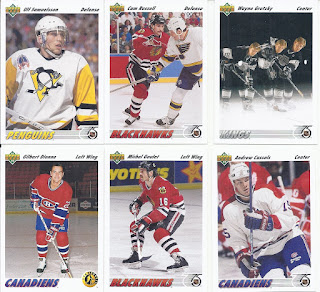 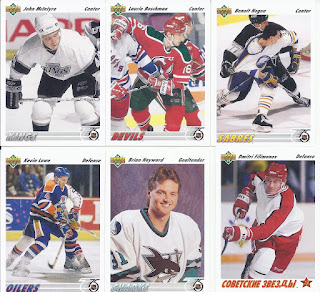 It does not really matter where it comes from, it is always nice to pull a Gretzky from a pack. That multi-image card was probably one of the top base cards to pull out of those packs at the time. Dionne is a surprisingly new card in my Rangers alum collection. But the best photo is easily Benoit Hogue's fairly obvious holding penalty, as Rod Buskas took the concept of undressing the opposition way too literally.
And there you have it!
Posted by buckstorecards at 08:30