Starting off the year with a basketball Surprise Bag with these contents: 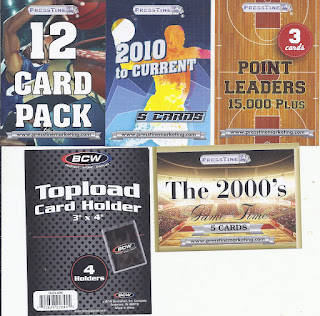 What will be the most worthy of toploading? 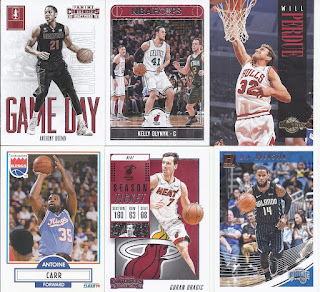 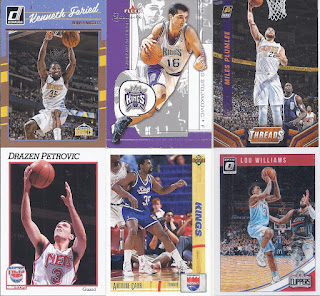 The 12-card pack starts with a collegiate entry. Brown bounced around for a few seasons with 4 teams. Olynyk can join my CanCon collection with his traded entry. There's current-Raptor (Technically, I guess) Dragic. A pair of Antoine Carr appearances make it a hot pack for him, and we end with a  pair of alternate jerseys, both from the featured player and his opponent. 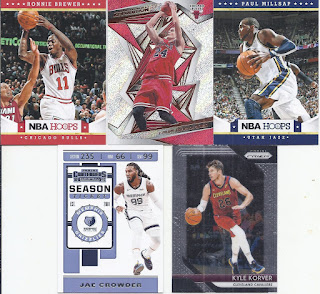 Some shininess in here, but pretty a pretty generic grouping. 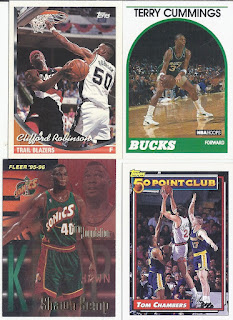 The 3-card grouping becomes 4, but it is kinda appropriate, as Kemp's 15000 pt club membership comes via just a few hundred. Typical mid 90s Fleer look for that card. The Robinson cameo on his card makes a really nice action photo even better. 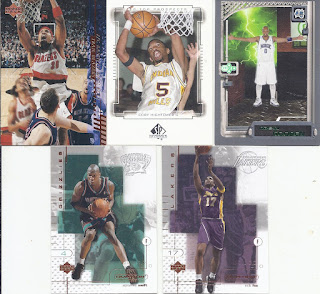 The 2000s pack is a little more interesting than its next decade version. The logos on the Ovation cards are slightly embossed for the feel from the Action Packed card. I am not sure why Wallace's teammate is blurry. I know a lot of people, myself included, complain about re-used photos on cards. But Cory Hightower might be one person that wouldn't have a problem with the same photo on the front being used on the back. 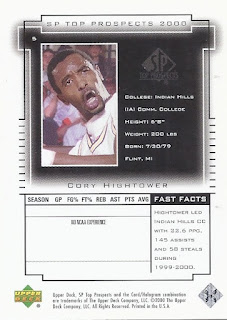 That's enough to make this card the most worthy of a toploader.

Posted by buckstorecards at 07:25