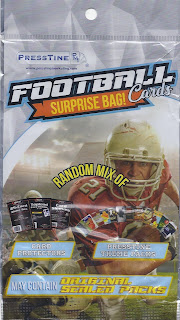 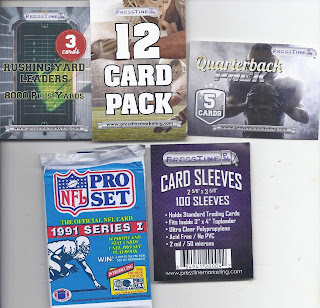 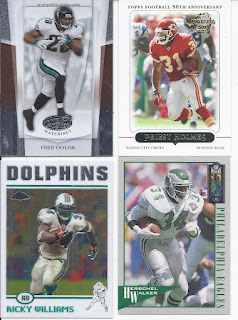 If the cut-off is 8000 career rushing yards, you're gonna get a really solid grouping. Williams and Taylor would also qualify for this repack if the cut-off was 10000 yards, with Taylor leading this group. 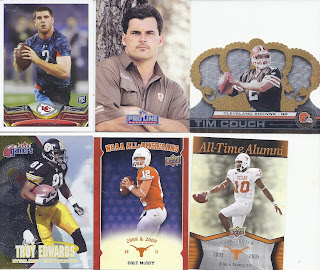 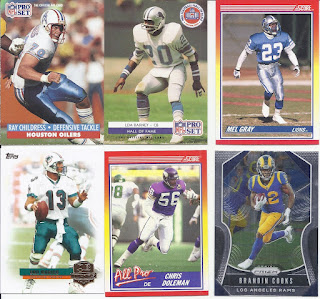 That's Paul Farren on the Pro-Line Profiles card, giving an early appearance of an uncommon card for an Offensive Live player. Back-to-back Browns cards with some die-cut actions. Those Longhorns cards seem pretty common in repacks. The second half gives a solid group of Hall of Famers with three of them - Barney, Marino and Doleman. 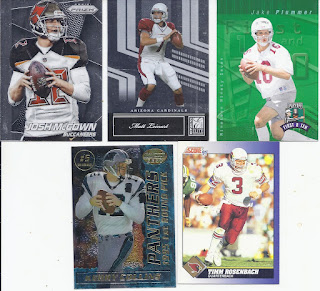 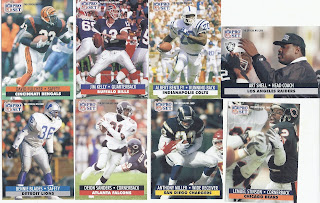 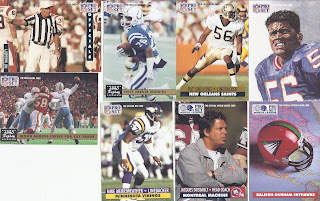 Am I gonna show every card in the Pro Set pack? Yup. We start with one of my favourite motifs in football card photos - a defensive player with the ball. 2/14 baby Jim Kelly is there, even though that has to be a  dupe for that collection, and likely one for my Bills binder as well. Throw in a pioneering coach as well with Art Shell and that's a solid top row.
Another defensive player with the ball in Deion in the second row, although that is just as likely to be a kick return. Stinson's photo is hilarious - it looks like he's missing a tackle as the player slips past him. There's some HOF talent in the second half, and I was gifted two instead of one WLAF card! WOO-HOO?
There you have it!
Posted by buckstorecards at 07:10