My first mailer of the year goes back to last year, and the Secret Santa over at TCDB organized by vroomed. 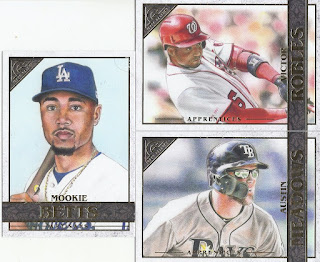 I'm about 40 cards short of completing the 2020 Gallery set, with 35 of those being SPs. Completing it is probably a  pipe dream, but it couldn't hurt to have all those needs on the buckstorecards wantlist over there. And it didn't hurt, as 3 of those cards fell off the wantlist.
And what else was in there? 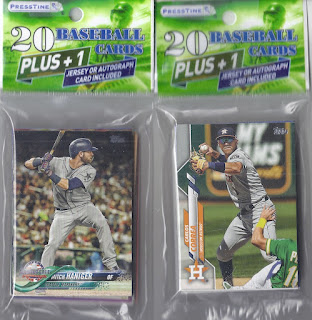 Some of my beloved repacks! 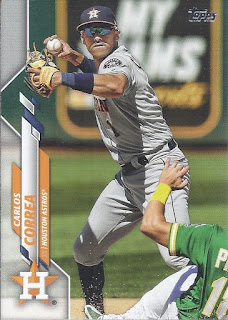 What was behind the Correa? 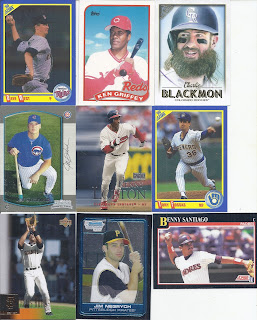 Looks like I can say I've pulled a 1989 Traded Griffey out of a repack. While I know the design was used throughout the set, the blurry design on the side of the Lofton really does a nice job of emphasizing his speed. Jim Negrych looks like he's holding the bat for the first time in his life. Not the most flattering pose. 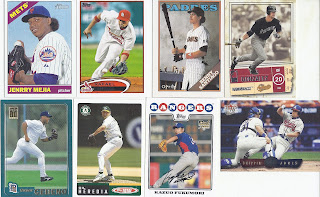 Mets content! Also, this becomes a  Benito Santiago hot pack on the basis of that OPC entry. Even though it doesn't go all over the card like Contenders, I still like the Authentix design.  The Chipper Jones also brings some Mike Piazza content for a play at the plate. 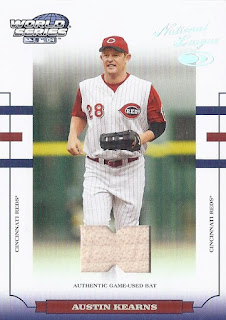 Here's the hit! And a piece of something that may or may not have resulted in actual hits. 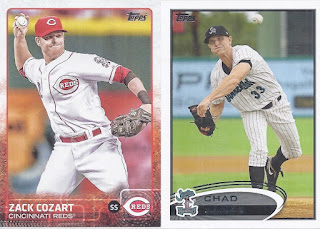 Jupiter Hammerheads content! Any minor league content is always a  pleasant surprise. Chad never reached the bigs, and was last heard of when he got a 100 game banned substance suspension in 2015. 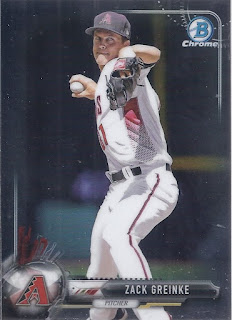 A chrome-y ending to the first repack. For those that have been counting along, that's 22 total cards in the 21 card pack. 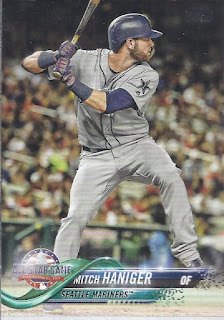 Starting the second one, here's an All-Star game photo out of Update. 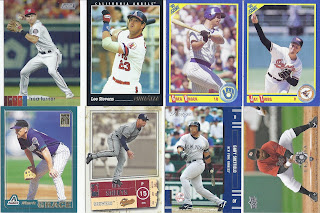 Stadium Club! More Authentix! And my inability to remember "Oh, that's a horizontal card" when scanning the cards. 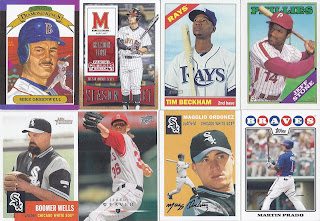 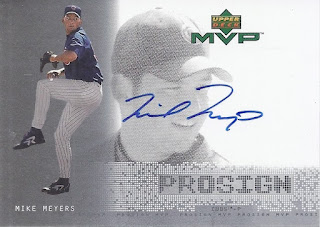 And your hit! Meyers never reached the bigs, but he's Canadian, so this hit becomes a new card in that PC. On-card auto too! 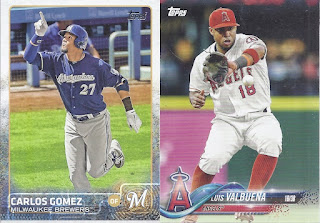 As it draws to a close, there's a celebratory circling of the bases, and a card out of the Angels team set. Which I'll assume was just a case of someone pulling out the Ohtani and Trout entries for reselling, and not caring what happened with the others. 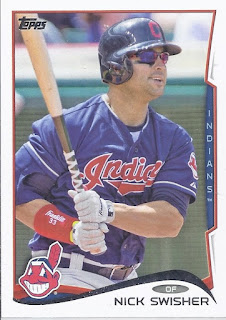 Not the most spectacular ending, but every repack has to end with someone.
And there you have it! Thanks so much for all the goodies. It was fun busting some cards on 12/25, especially when they were of the repacked variety!
Posted by buckstorecards at 08:33