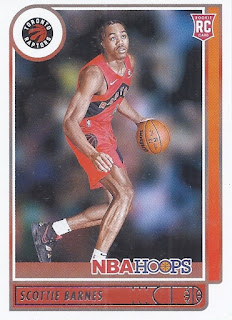 Finally, the 2021-22 NBA products have dropped, and I had the opportunity to pick them up in a  group break. With one of the top rookies in this year's products (seen above), they're costlier than they have been in new releases since 2016-17, which was the rookie years for Siakam and Poeltl. (The latter was a lottery pick, remember)  But, at least this gives me the chance to add some new faces and some familiar faces into my team binders. 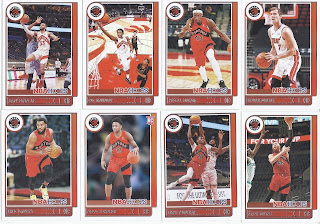 Here's the remainder of the team. There are a few surprising names on this. Aron Baynes was presumed to be one-and-done in Toronto even before the last season ended, yet he is here. Considering Goran was very visible about his lack of interest in joining the team after the Lowry sign-and-trade, that's another strange name for this. At the very least he could have been replaced with the also-traded Precious Achiuwa. But at least this would probably be my only chance to land a Dragic card in the Raptors collection. 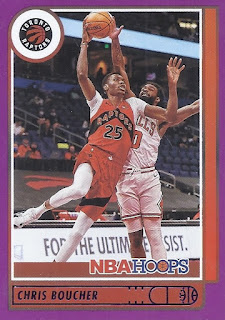 Only one parallel in the 5 boxes, but at least I have something that can either can go in the Raptors binder, or my Canadians-in-the-NBA collection. And I got another base card so I can send off the extra off to an Oregon Ducks alum collector. 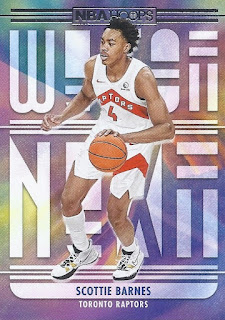 But at least I added a second Barnes in insert form.
There you have it!

Posted by buckstorecards at 09:58