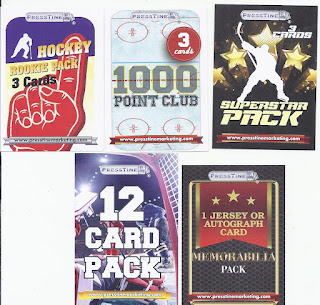 The final repack of 2021 for me is one of those 7-11 hockey Surprise Bags, with these as the contents. As usual, clockwise from the top left means I'm starting with the rookies.

It might be from one of those free Hockey Card Day packs, but the Laine really stands out in this one. And the other two are still in the league as well for a very solid grouping.

Not just a good grouping of players for the 1000pt players pack, but all three are horizontal cards. I really like how it accentuates the chase on the Damphousse.

Are all three of these players Superstars? Bure? Certainly was during his day. The other two both have MVP trophies to their names. So I guess they are, even with all of Taylor Hall's movement the past few seasons. 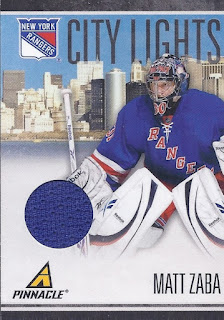 Memorabilia is from a one-game NHLer, so I'm guessing this was player-worn vs game-worn. The masked hit binder awaits! 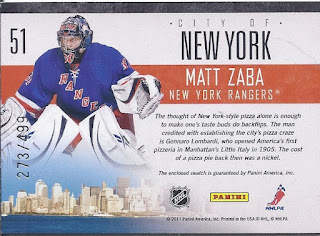 And City Lights was the insert set that covered the city as opposed to the player in the write-up, so there's also that. 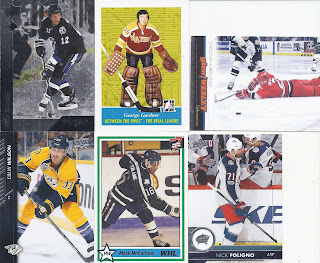 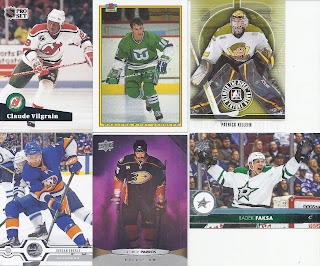 First up, there's that Vancouver Blazers card of George Gardner, which would be much nicer if I hadn't pulled the card already out of a repack. Glen Wesley's might be one of the more unique ways to use a horizontal design. Claude Vilgrain was the first, and still only, Haitian-born NHLer.  George Parros provides a really incredible looking entrance shot, and the final card to show up is of a Kitchener Rangers alum, albeit in dupe form.
There you have it!
Posted by buckstorecards at 08:11