Aka a hanger pack and Surprise Bag from the Dollarama. 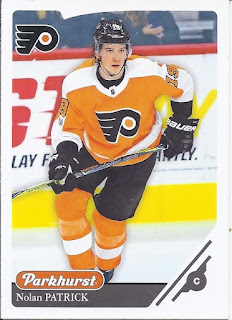 Here's the opener in the hanger pack, which seemed to be the only one without a card from a UD flagship release as the front visible card. 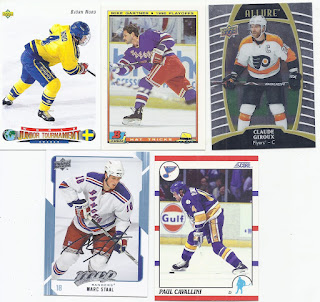 That's the second straight hockey repack that featured that Gartner card. I also wasn't expecting any sort of Allure base cards - even a veteran's base card feels a little higher end than expected from one of these. That's a rather interesting angle on the Cavallini photo - more behind than from the side. 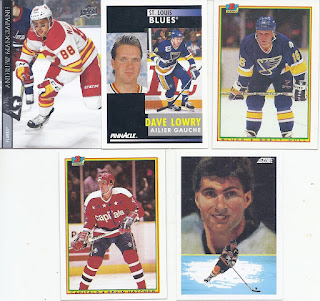 WOO-HOO! That French variation on the Pinnacle Dave Lowry is a new card for my 2/14 collection, and is my 33rd card of Dave Lowry in that collection. That takes the edge off there being 3 1990 Bowmans among the 12 cards. Sweet Bourque, though. 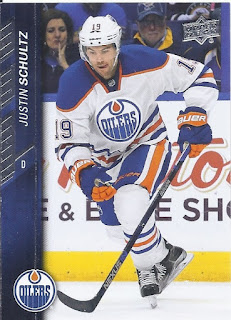 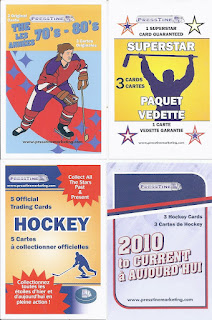 The Surprise Bag contents. As usual, clockwise from the upper left.

The 70s/80s pack is exactly what I've come to expect from them. Two 89s, along with one from the earlier release. 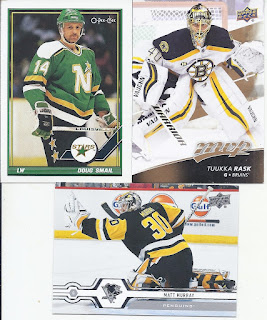 Given that he's been sent to the minors recently, I'm gonna guess that it is Rask and not Murray that counts as the superstar here.

Pretty basic stuff from the 2010s-to-current pack. At least someone will enjoy getting a package with the Pacioretty in it at a later date. 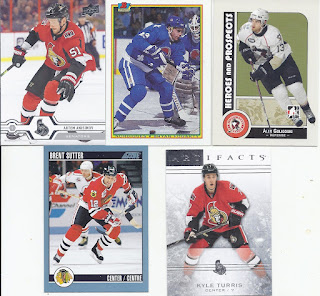 The miscellaneous pack drops from 6 to 5 cards. But at least there were a couple (likely dupe) Sens cards in the mix, alongside a minor league card.
Anytime the repacks add something new to the 2/14 collection, I'm a happy breaker. There you have it!

Posted by buckstorecards at 11:40