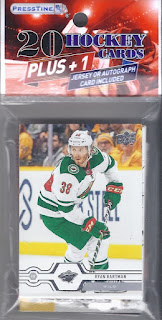 It is the hockey repack today. 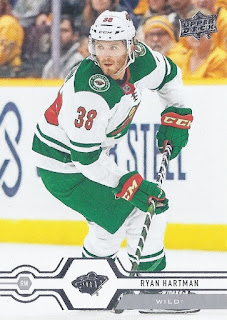 Not the most spectacular card as the opener, but here's a better look at the opener. 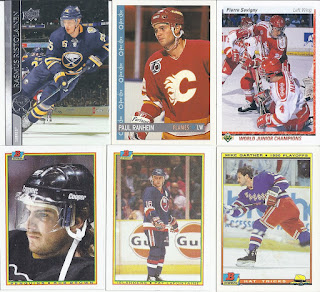 We get the 1990 Bowman interlude early on in this one. The super-casual Rob Brown does stand out against the very generic skating around shots of this set. I'd compliment an actual action shot on the Gartner, but the helmetless nature of this would indicate it is from a pre-game skate. And it is an insert, anyhow. 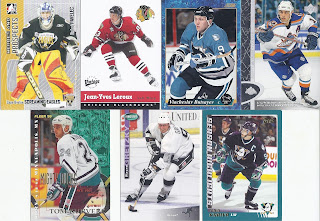 No complaints when a Gretzky comes out of a repack, no matter what era the card comes from. In terms of great minor-league names, the Cape Breton Screaming Eagles certainly counts as one. Then there's the game-dated photos for the UD base card, one of the better 1990s design elements. And the general garishness of the mid 90s Fleer, your mileage may vary on those. 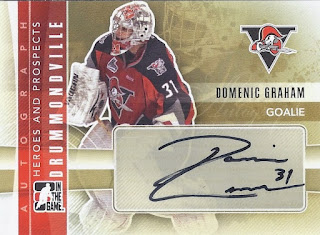 And here's out hit It is an auto out of Heroes and Prospects. Graham did not have the greatest career, never progressing past the CHL, but is a new card for the hits of the mask binder, and the Drummondville Voltigeurs do sport a pretty great logo. 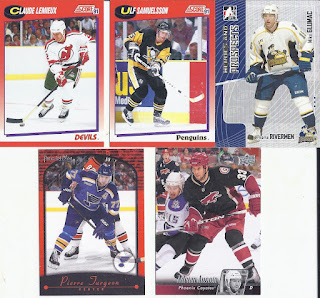 Another nice minor league logo courtesy of the Peoria Rivermen. Glumac would see the NHL with the Blues over portions of 3 seasons. Aucoin also provides some third-jersey mojo late in the repack. 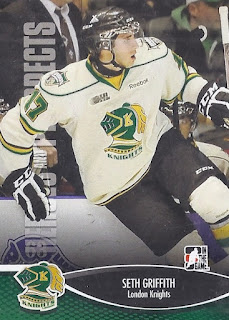 And one more minor league card to end it. Another perfectly fine ITG design.
There you have it!
Posted by buckstorecards at 08:30