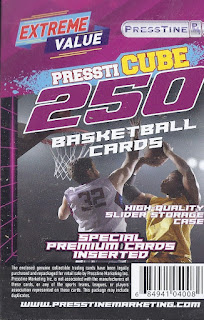 My final cube'o'cards of the year. 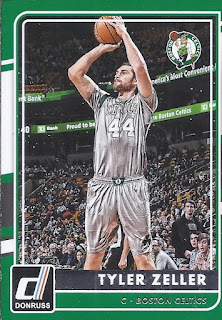 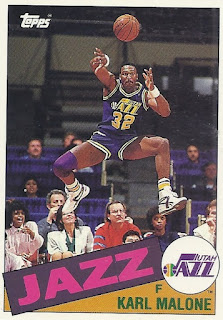 1992 Archives - Karl Malone - There's a lot of 1992 Archives in this. I'm probably scanning all of them, even if this is the only that features courtsiders enjoying the short shorts.
2015 Donruss - Khris Middleton 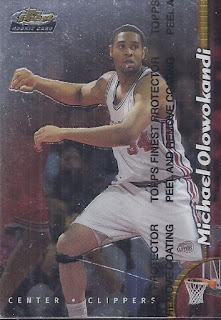 1998 Finest - Michael Olowokandi - A Finest rookie of the top draft pick. Who would have thought at the time that this would be repack filler 20+ years later. 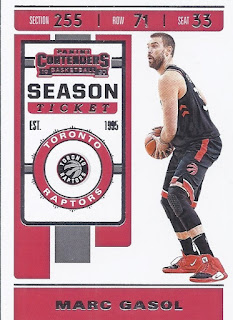 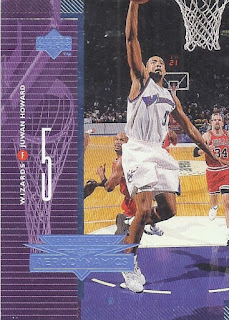 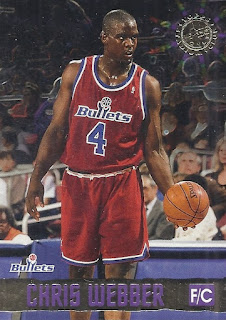 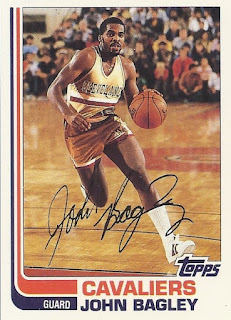 1992 Archives - John Bagley - Not only another Archives card, but a rare appearance of the early 80s Cavaliers home jerseys on cardboard.
2015 Hoops - JJ Hickson 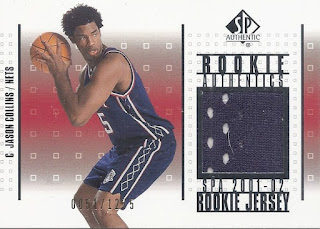 2001 SPA Rookie Authentics - Jason Collins - Actually a pretty interesting player to get the first hit of the repack of. 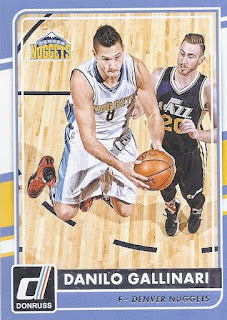 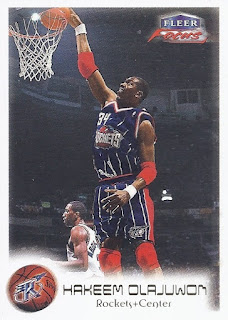 1999 Focus - Hakeem Olajuwon - Really great star power from the legends in this repack. I'd also forgotten about that Rockets logo in the lower corner. 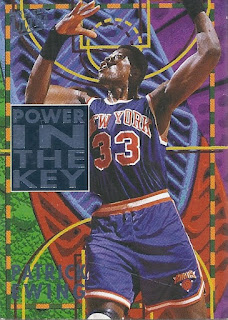 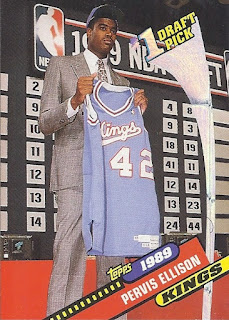 1992 Archives - Pervis Ellison - Archives! Even though the draft themed cards are the dullest, since they don't keep the theme of the set. 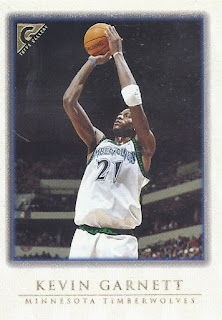 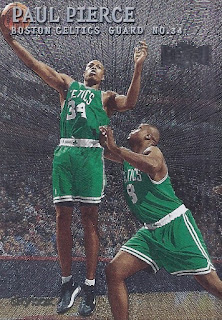 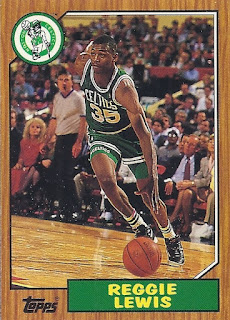 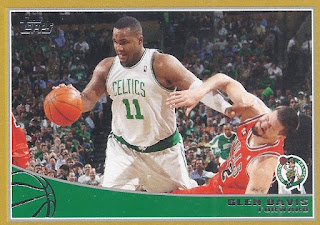 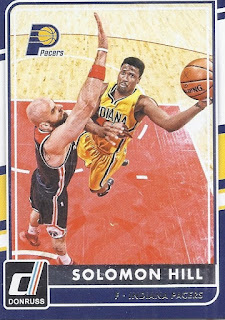 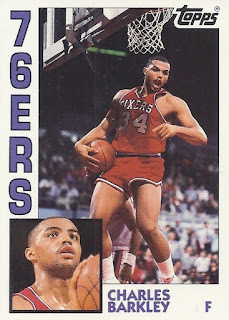 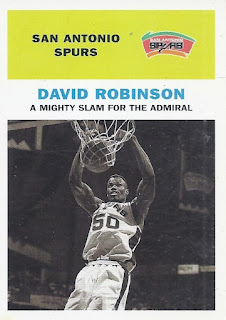 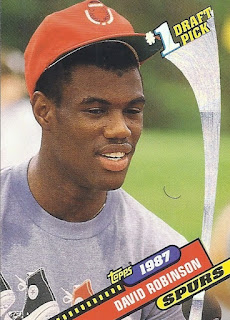 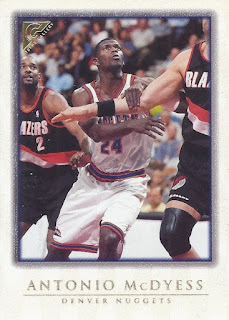 1999 Gallery - Antonio McDyess - The first quarter of this cube seemed to have a lot of McDyess. Might as well scan one of 'em.
2018 Prizm - Dillon Brooks 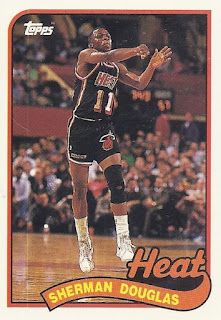 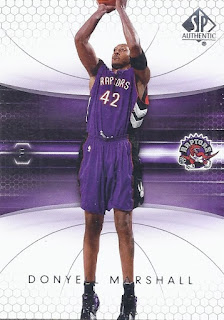 2004 SPA - Donyell Marshall - A Raptors card? What a great way to end the first 1/5 or so. Although this will be the last appearance in this cube for the locals.
There you have it.

Posted by buckstorecards at 07:34