And here's another one. 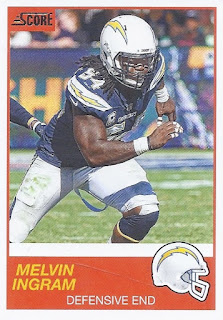 The 2019 base/1989 retro throwback was such a wonderful choice for a design. 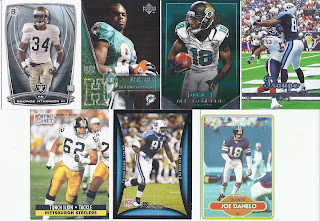 Our first grouping of cards gives us a really great photo on the Troupe, but best of all, there's a 1980 entry featuring a kicker card! That's also about as much of an action shot as you'll see from the 'no helmet logo' era of Topps releases.  And you've got a guy (nick)named Ace. 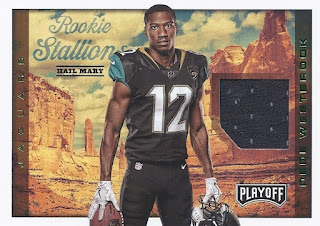 We have our hit, going back to 2017 for an old-west themed relic design. At least Dede is still in the league, albeit having moved on to the Vikings. 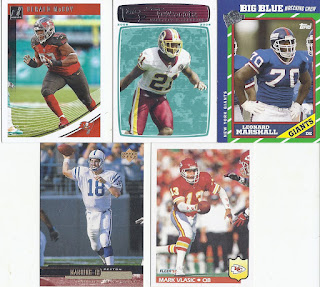 The handoff isn't a theme often seen on QB cards. The All-Time Fan Favorites was a nice concept to highlight memorable groups/teams in the league, but it would have to sting if nobody from your team's history qualified. Good star power here with the Manning and Taylor as well, although the latter's Progression entry was a posthumous card. 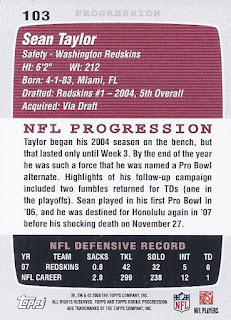 It is isn't often that player's passing is mentioned on the card itself. 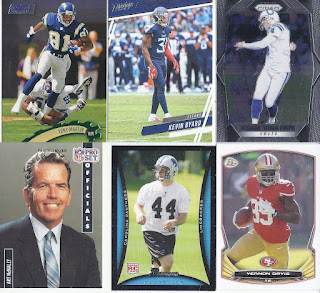 That was depressing, so what in this batch can act as a mood booster? A kicker card and a photo of a valiant, but likely failed attempt at a tackle aren't too bad. 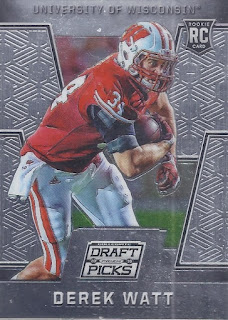 Final card? One of the 3 Watt brothers in the NFL, and the only one that earns his pay on the offense.
There you have it!

Posted by buckstorecards at 10:46