From Zed to Vee

Normally, at this point in time I'd start showing off my Expo goodies. And while that will come, there was a more important card for me - one that I'd secured of the Clouts & Chara (my LCS) Facebook trading group a week ago, and one that arrived in my mailbox while I was at the show yesterday. 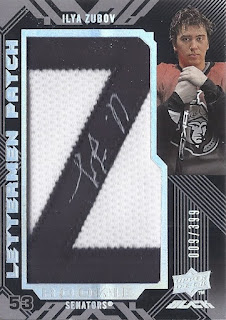 It may have taken almost 4 and 1/2 years, but I've finally completed this manu-nameplate. 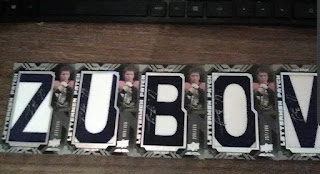 And it has a big reunion with the rest of its compadres in this set. I'd picked up a complete Brandon Sutter about a year ago, and now that will have company.
I had budgeted a stupid amount in order to find the missing card in the collection, so I was able to order in a few more 2/14 Sens cards for what I was willing to pay for the 'Z'. 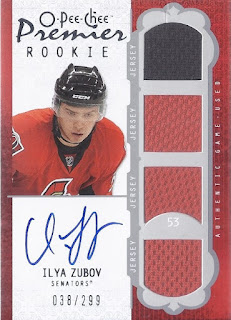 One Ilya Zubov deserves another - and here is another auto of his, accompanied by some fabric that he may have sported at one time. This is my 22nd unique card of his, and like with the Jeff Dellenbach I showed off not that long ago, it puts me in the Ilya Zubov lead at tcdb. That's mainly because that despite having 5 different letters in the nameplate, it still only counts as one card. 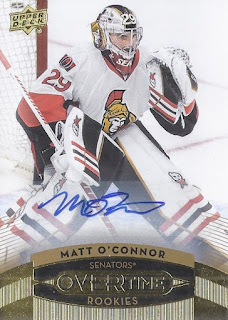 There's no dispute over Matt O'Connor, though. I'm solidly in the lead there with more than twice the cards than second place. 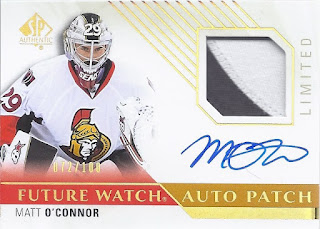 Posted by buckstorecards at 07:35