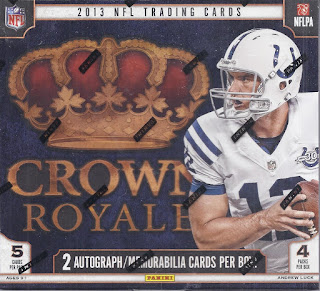 My most recent trip back to the year 2013 and its questionable rookie class resulted in a far better break than one would expect on paper. What would happen with this? It's the retail version, so I wasn't expecting much, but at least there will be some nice die-cut cards. 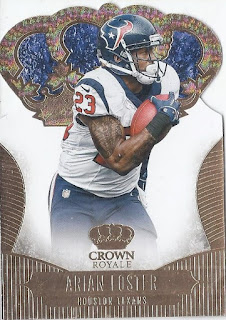 The base cards in retail have more of a bronze thing going with the borders, while the hobby version are silver.

Each pack had a parallel in it as well, and the bronze holofoil ones are also retail exclusive. 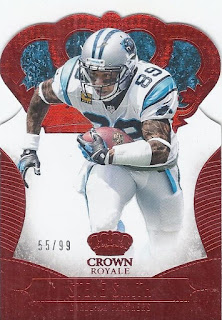 As are these red ones. It is interesting creating a set where the retail and the hobby versions contain entirely different card. 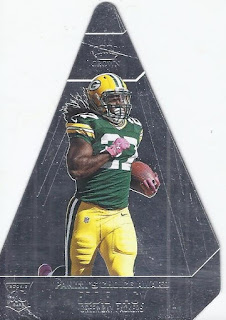 The Panini's Choice inserts definitely look unique, but they're really easy to drop when you pick up the pile of cards. 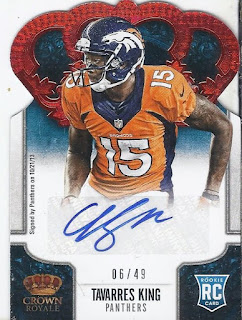 Here's the autograph in the box. Like all the cards in this post, another retail exclusive. It isn't a good sign for the player when he's pictured on a different team that he's listed with on a rookie card. He's bounced around the league the past few season since this release. 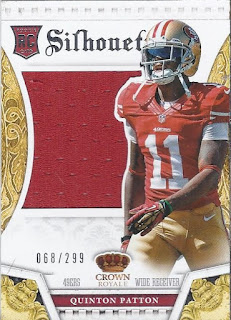 The guaranteed relic card is one of the rookie silhouettes. Even if the player's NFL career wasn't the best, at least it is one of my favourite designs for relic cards.

And there you have it. One more box to go, and then maybe I can finally do the Boxing Day boxes.