I might as well get this out of the way now, since I don't envision myself pulling a card that will surpass this. This was a tough call, as I really liked the 'Day with the Cup' card of Chandler Stephenson taking it to Humboldt, Saskatchewan. But, this is nice as well: 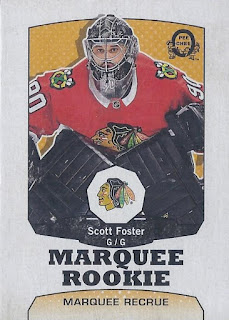 I love cards that have stories behind them, and while this looks just like your typical rookie card, there's a great tale with this one. Scott Foster was the emergency goaltender that had to play 14 minutes of action when both goaltenders in front of him were injured before and during the game. He stopped all of the shots sent his way, and Chicago held on to win the game. While his NHL ice time is probably over, the attention this got definitely makes him a Marquee Rookie. 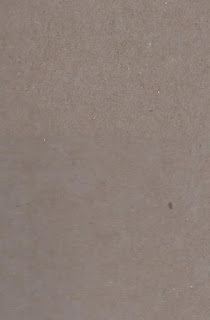 And this card wasn't just the retro parallel. It was a blank back parallel. These aren't numbered, but fall at about 2 or 3 per hobby case, which probably puts the print run at around 15-20.

And there you have it!
Posted by buckstorecards at 08:38