Two new-ish products, one from the LCS, and one from Wally World. 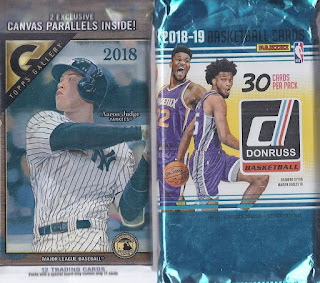 I've had the basketball for longer, so I'll start with that. 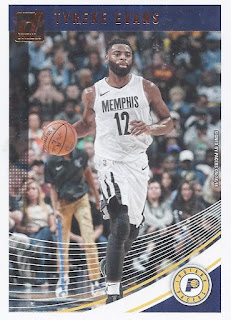 The base cards are exactly what you'd expect at this point in the calendar with a familiar design by this point. 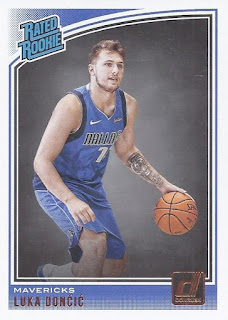 The same thing holds true for the Rated Rookie portion of the set. The same design you've been seeing in baseball and football releases also appears here. But it does lead to a slight problem. 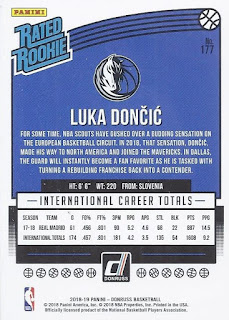 The team colours are used on the back, but the numbering scheme uses black text. It isn't too bad here. 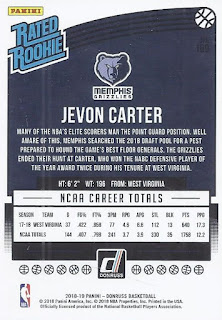 Here on the other hand, I'm reminded that I'm old. The number scans better than it reads in hand. 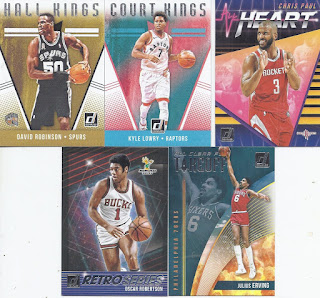 Your inserts. I grabbed the Raptors in a case break with this product and despite being a full case, I didn't land that Court Kings card of Lowry there, but did in this single pack. Collation! If it wasn't for the Lowry, my fave in this group would be the Oscar Robertson. For the logo, naturally. 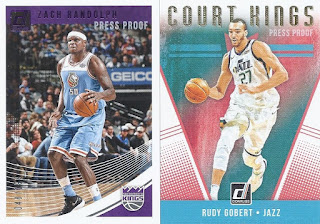 A couple Press Proof parallels. One numbered, one not.

It's a pack of Donruss. You can't expect anything too amazing out of it, but the Lowry and Robertson were nice inserts. 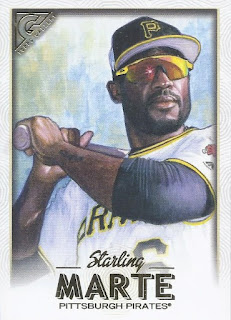 Baseball leads the way with this card of Marte. I do like how the artist captured the light reflecting off the sunglasses. 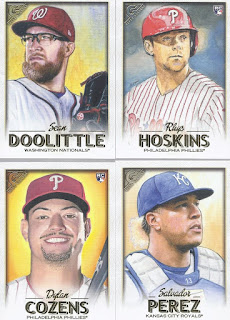 There is not one person alive that can pull off that style of mustache and not look like the type of guy who uses a shoe camera on an escalator. Cozens is no exception. 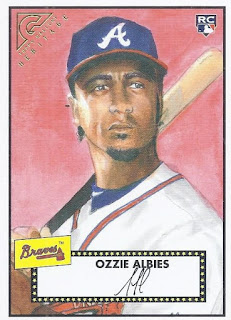 The Heritage versions are 1:3 packs. 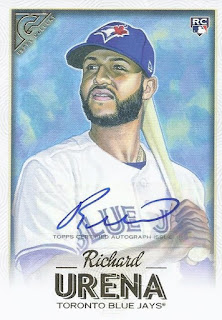 Now this was unexpected. Not only a hit from the pack (autos are 1:49), but a Blue Jays auto! That's a perfectly aimed pack for a Walmart located in Ontario. I'll give it a good home. 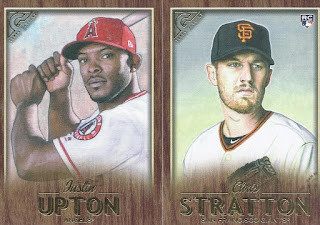 I guess these are the two canvas parallels the pack touted.

The final 3 cards. While I do like the painted set, I wish they'd mixed things up a bit and done some of the paintings in a style other than headshots.

But there you go. I can't complain when I land a new insert and a new hit for my team PCs.
Posted by buckstorecards at 06:01