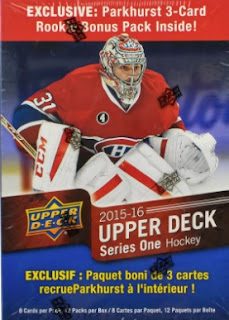 Time to go back in time a few years, when everybody was chasing card #201, the Connor McDavid Young Guns card. And while I didn't find that, there were other interesting contents. 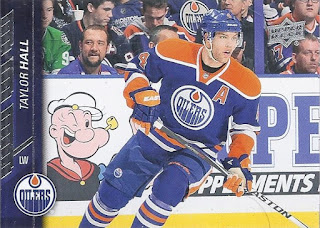 Such as this base card, where Popeye totally wants some of that. 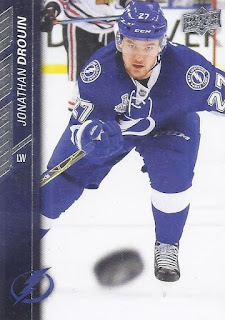 The other interesting base card in the box was this one that perfectly captures the puck chase. 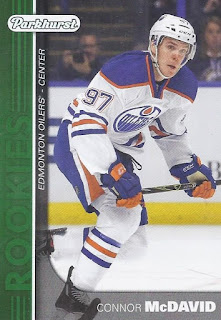 The McDavid hunt wasn't a total failure, as I did land a card of his in the Parkhurst bonus pack. 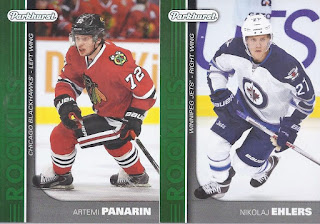 The other two cards in the pack were also of notable players, but it is really hard to go wrong with any member of this 10-card set. That Ehlers has to be a 2/14 binder dupe, right? 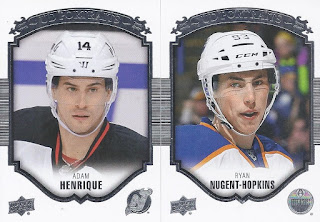 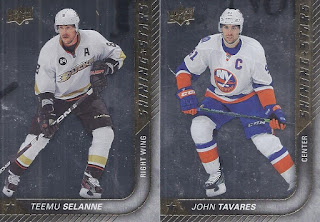 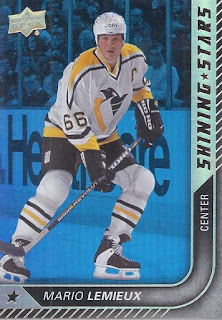 Shining Stars also made an appearance. The Mario looks really nice in hand. 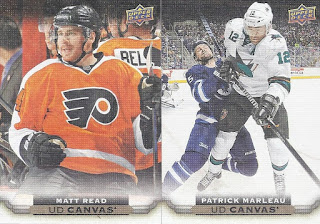 And the canvas cards. 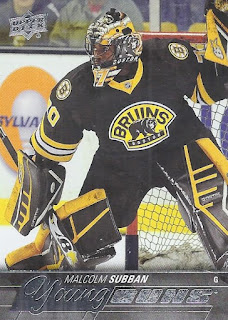 The Young Guns chase is the big draw, and I'll go through them in reverse order of quality. Despite the lack of McDavid, placing Subban in third place is indicative that I did really well in spite of missing out on the big name. 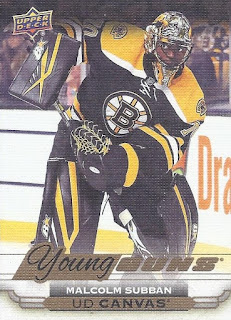 The box also had Subban's Canvas Young Guns. That's a decent way to double up. 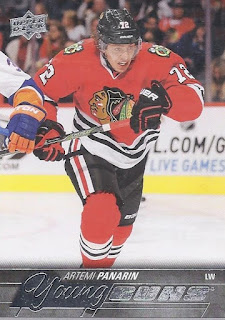 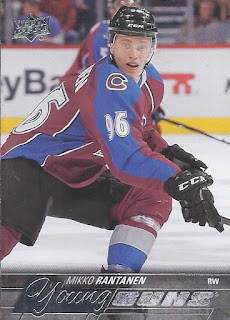 Just the NHL's current leading scorer. Looking at COMC, this is the most expensive S1 Young Gun of a guy not named Connor, so this is a pretty good consolation prize.

And there you have it!
Posted by buckstorecards at 07:31