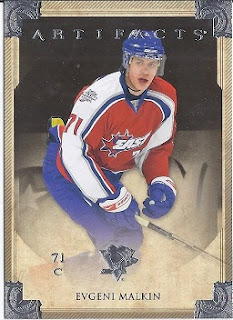 I'll start with the hanger, under the rule that it is really hard to pass on a card with a visible all-star uniform card. 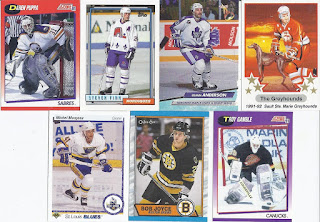 Behind it. 7 straight junk wax cards. But at least that Sault Ste Marie Greyhounds card will give me the chance to use the 'dogs' tag on this post. 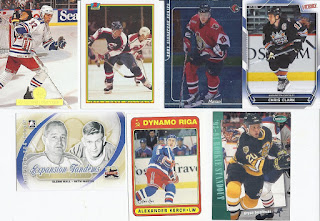 1994 Leaf was one of the less legible designs of the 1990s. That's a Stephane Matteau card. If I had to pick the set that a Senators card would come from, ITG Signature Series wouldn't be it. The other visible card in the pack was the Hall/Martin card. 2011 Between the Pipes appears to have been the only set with cards that featured the late Seth Martin. 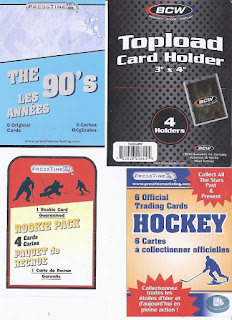 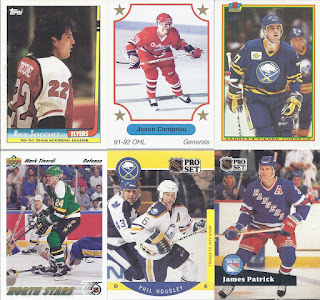 The 90s pack. That is one quality mullet that Rick Tocchet is sporting. That's a 9/10 on the Jagr scale. 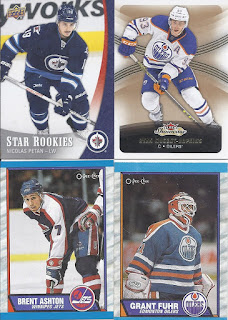 The promised rookie card comes from a rookie-only set, but I guess it still counts. 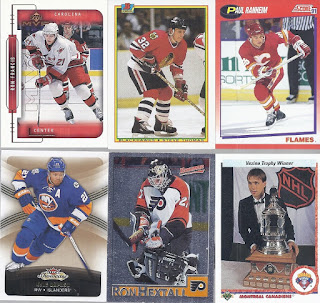 And the miscellaneous group of 6 is the final one of the repack. The Hextall card is actually a foil parallel, so that's more than what I expected.

But there you have it! Mailbag time next!
Posted by buckstorecards at 12:57