How to Start a Brewers Prospects PC

It is quite simple. Either purchase the team slot, or get it randomed your way in a case break of 2018 Bowman Tek. Then await mail day! 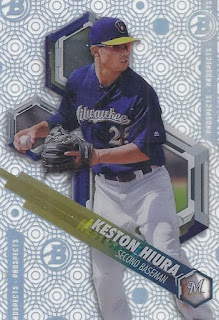 Sure, there were base cards in this set, but this was the only true base card I added. 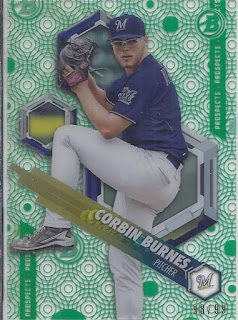 Since everything else in the envelope was either a numbered parallel, or an autograph.

Corbin Burnes was the big winner here, as his initials-only signature made 3 appearances in this case. He made his debut in the bigs this past season, and his stats were really good as he came out of the bullpen. 7-0, with an ERA of 2.81 and a perfectly even 1.0 WHIP. I even checked the WHIP at two other sites because I didn't believe it. 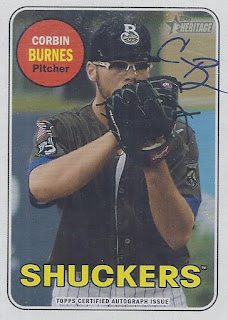 I even have one more autograph of his from the boxes of Heritage Minors I busted. I love how he realized that the black jersey wouldn't work for a blue pen auto, so he snuck it in at the top. 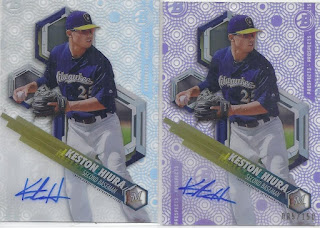 Keston Hiura, who lead off this post also makes a couple appearances in autograph form. He was a Top-10 draft pick in 2017, and was already in Double A ball at the end of the 2018 season. 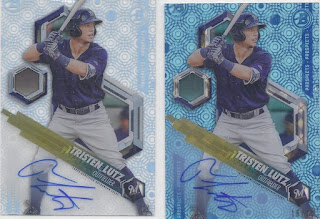 There were 3 Brewers players in this set, and I got multiple  autographs from all of them. Great collation for me, but not so much for anybody else.

But there you have it!
Posted by buckstorecards at 08:43