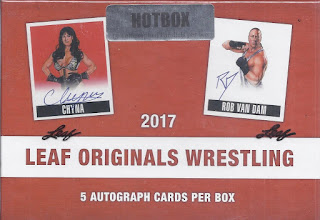 Another box break from Black Friday goes today, and I've still got a couple left to show off. I fail to understand why you'd advertise that the box was a hot box on the outside of the package, but I'm not one to question it, and that's the box that was in my shipment. So, bring on the numbered parallels. Unless I write otherwise, all the cards are /99. 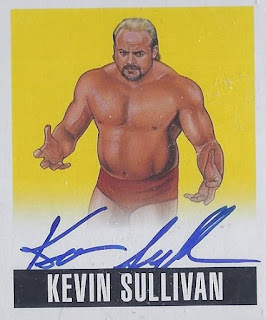 On a post over the Christmas season, perhaps The Prince of Darkness isn't the best way to start things off. But this was the card on top in the box. All 5 cards come toploaded, so that does at least save me that. 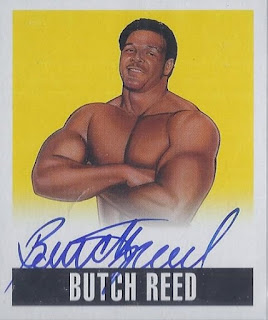 When it comes to penmanship, Butch Reed might have been the winner in this box. This particular drawing looks like it is from his time in Mid-South as Hacksaw Butch Reed. 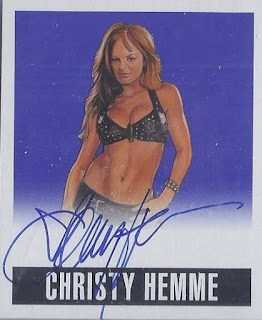 Now, I shift over to the ladies side of this. The former diva search winner is also the first of the two cards in this limited to /10. The sketches in this can be pretty good, but much like with my Victoria Day post, I really don't see much of a resemblance. Her head can't be that small, can it? 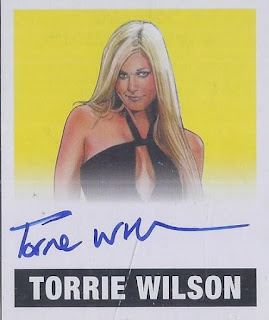 At least this looks a lot more like the subject. It is a shame that Torrie's sig implodes as she starts her last name. 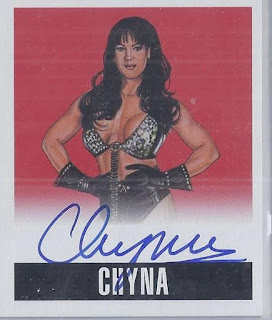 And the big pull, an autograph of one of the two on the cover. This parallel is numbered 9/10, which makes it an ebay 1/1 for the 9th Wonder of the World. I am very conflicted with this one. Of the folks I landed cards of in this, she was probably the one I was least a fan of. Still, I feel creepy selling a card with an on-card autograph of someone who has passed away. Incredibly, looking at the checklist, she appears to be the only one on the checklist who has passed.

That's a bummer of a way to end this post.
Posted by buckstorecards at 08:37