My final box of Black Friday - almost a month after they showed up. 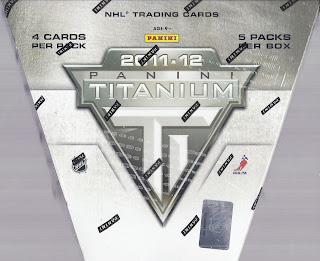 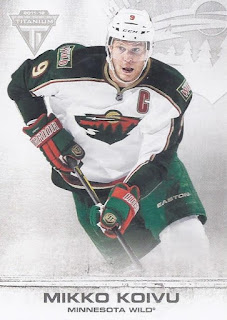 This does have one of my favourite base designs for a mid-range product of the past little while, mainly because I love when the team logos are used when the actual background is erased. 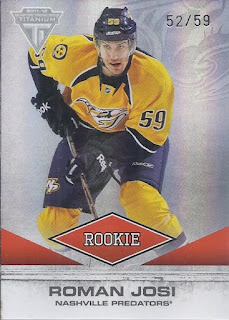 This is a base card, and it is a contender for best card in the break. These are considered true rookies, and are numbered to the player's respective jersey number. And he's still in the league! Bonus! 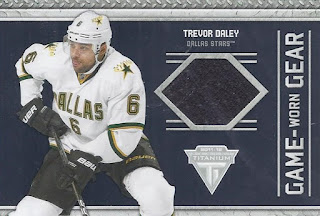 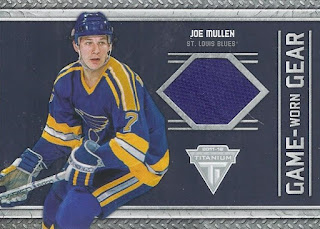 Another single swatch, but it appears alongside one of the Blues' great mid 80's jersey. 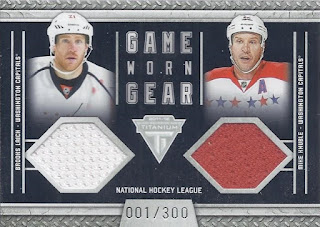 An ebay 1/1! Alas, the Mike Knuble portion of this guarantees an appearance in a future mailer to Dennis @ Too Many Manninghams, 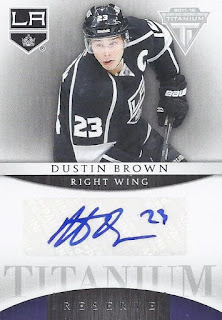 Here's the autograph, and it is a nice veteran's auto. 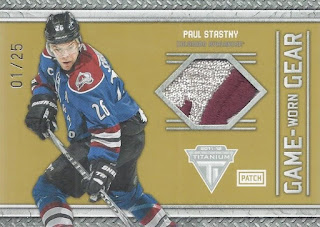 If my pick for the best hit of the box goes to a relic over an autograph, it better be a pretty nice swatch. And this one certainly is. I don't think this is from the mountain logo, but instead from the shoulder patch of a yeti's foot that they sported at the time. That's something different!

And now, I'm finally caught up!

For that. I still have some Boxing Day stuff and more incoming mail to get to.
Posted by buckstorecards at 07:16