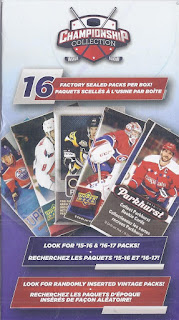 As implied by the title of this post, dinged corners were a bit of an issue with this one. To the point it was only these 3 that didn't have the corners dinged. 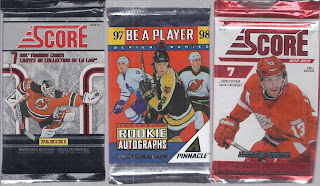 3/16 is not a very good average. But at least one of the undamaged packs was the one with the guaranteed autograph. 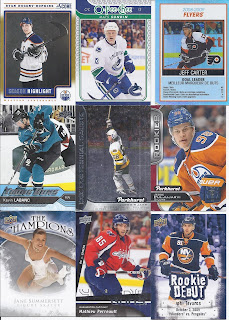 A sampling of some of the cards that were in the other 13 packs. The shinier the card, the worse it looks in hand, so to speak. But, if I look at them on their own, there are some nice ones here. Both Young Guns guys are still in the league, and there was also a nice parallel and an insert with relevant rookie content. I get a chance to use the 'ladies' label on the post as well. 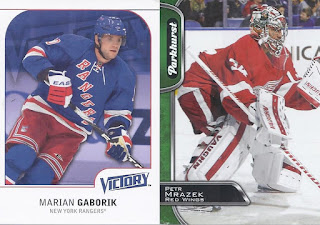 The 2/14 cards also couldn't escape the box and its corner attacking wrath.

Will the autograph in the pack save this repack? 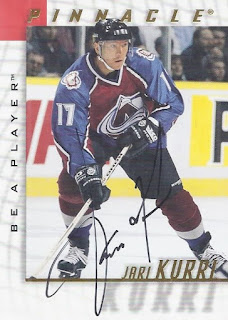 An on-card autograph from an all-time great? Yup, that certainly does save this repack from the scrap heap.

With a rough start to this repack, I can't complain about the ending.
Posted by buckstorecards at 06:46