I have a much larger envelope from Dennis @ Too Many Verlanders/Manninghams that also needs to be worked through over several posts, but this Sunday morning seems just perfect for PWEs from Condition Sensitive and This Way to the Clubhouse. 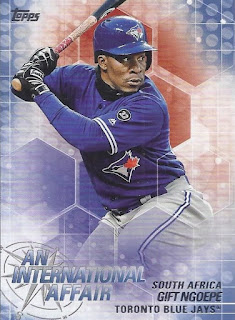 Nothing beats knocking a card off of the most-wanted lists. With more to come! While Gift did get a base card in Heritage High Numbers with Toronto, I'm more interested in this and his Ginter card which saluted him as the first player born in Africa to reach the majors. 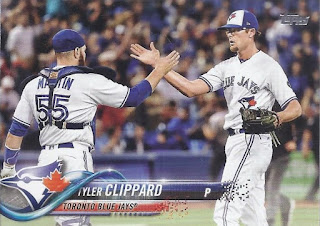 CS included a bunch of base cards from Update as well, but the highlight among those was this "How did I not have this already?" base card of 2/14 baby Tyler Clippard. 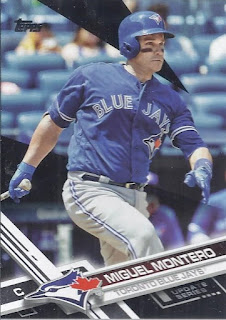 Mark at TWTTC may no longer be blogging, but is still trading. I've been sending extra Bills, Mets, Celtics and NY Rangers his way. The return envelope showed up this week. I don't have many options for adding Miguel Montero to my Jays collection. Just his Update card and its parallels. And this is one of the parallels! It is a black parallel, oddly numbered to /66. 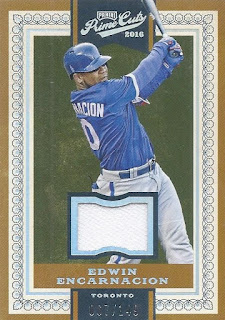 For an example of a set I'd completely forgotten about, 2016 Prime Cuts! 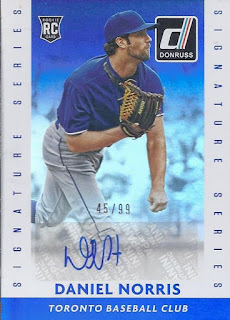 Daniel Norris' time with the big club was short-lived, with only 10 appearances before being sent to Detroit in the David Price trade. 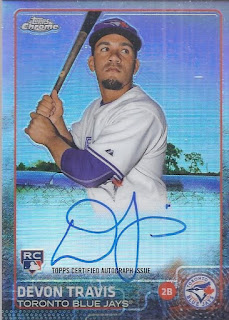 I thought for a second that this might be a dupe, since I'd previously acquired a Chrome auto of Devon Travis in a group break of this product. Nope! That was the base version, and this is the /499 refractor. Devon is the second straight guy in this post with ties to a trade with Detroit, moving here in a trade for Anthony Gose. 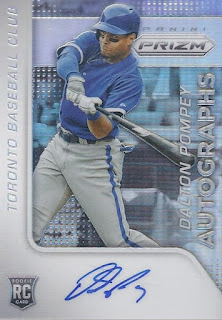 Aside from appearances in Chronicles, I guess Optic has replaced Prizm as the go-to option for those that want shiny baseball cards but don't care about licensing.

I've reloaded envelopes for both, and should have mailers ready to go out in the new year.

There you have it!
Posted by buckstorecards at 07:32