I wasn't really planning on entering Baseball Every Night's Ugly Sweater contest. This is despite having a label 'ugly' on my posts where at least one of the card posted contains a garish design, hideous attire, or Otis Nixon.

But then I busted this box. 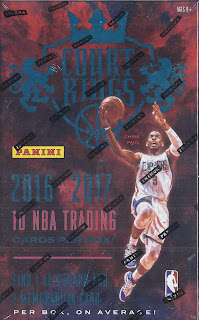 Despite the 'Kings' label attached, it isn't one of the backgrounds that earns the 'ugly' label. I'll play it straight for now, as the ugly card is likely what, on paper, would be considered the best card in the box. So, I'll build to that. Instead, I'll start with the box topper. The Rookie Royalty portion of the box-topper set flashes back to rookie seasons of players, and the sorta Memphis/Vancouver Grizzlies hybrid look sported by the team at the time. 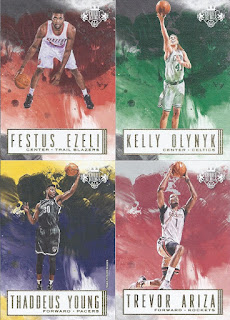 Here are the regular base cards for the veterans. Not bad on the whole, as Olynyk could fit into either my Celtics/CanCon collection, and the Pacers colours really work with the background. 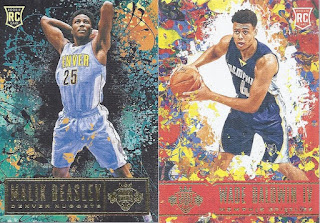 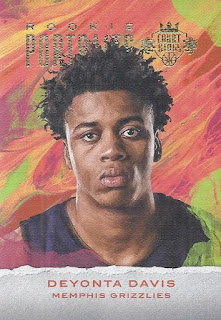 Insert time! It has been Memphis intensive so far in this box, with this being their third appearance. This base insert is still numbered, being out of /175. 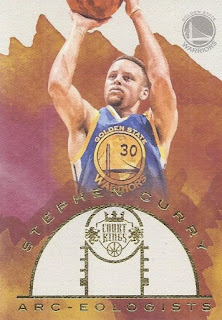 It is pun time for the second insert! Panini liked it so much, they brought it back for another go around with this year's Hoops release, incorporating it with an Indiana Jones theme. 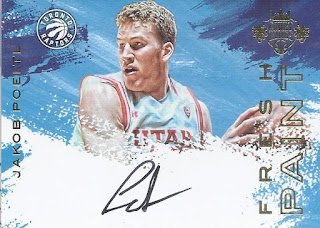 I'm going to do the hits in terms of reverse order of numbering, so I'm starting off with this /200 card. And it is a Raptors hit! The Raptors had two first-round draft picks in the 2016 draft, and I bought them a lot in group breaks chasing their cards. I landed a lot of Pascal Siakam, but no Poeltl, and ended up COMCing his rookie auto. Now he's been traded, and I just had to wait for this box break to get his card. 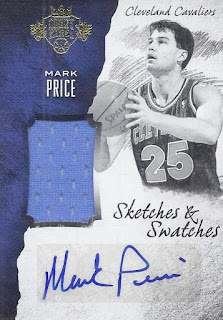 There is 1 fewer of this card than the Poeltl, with this being out of /199. Sketches and Swatches, despite the sticker-graph, was one of my favourite looks from the Court Kings releases.

And now, the ugly.

How can you screw up a card numbered 1/6? 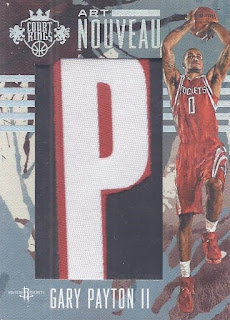 Oh like that? The nameplate cards are definitely one of the chase cards in the set, so let's cut as narrowly as possible around the letter, so as not to let any of the jersey that can be used in another relic card go to waste. Then, stick it on a piece of black cardboard to really emphasize that, and make the relic window huge so as to make the cardboard take up almost as much space as the jersey window itself! Perfect!