I was in a non-Dollarama dollar store a couple days back, and saw some packs of these: 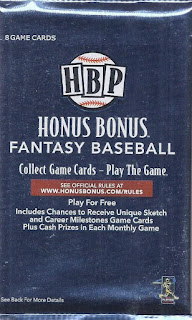 I just assumed there would be 8 repacked junk wax era cards (sorry, game cards) with a 1:1000000 chance at a reprint of a Honus Wagner card. 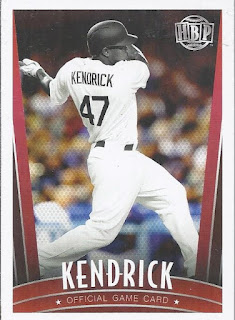 First card out. Guess I was wrong. These are original cards, obviously unlicensed. I'd probably have gone for a black and white background with the player in colour, but I guess this leaves less to photoshop away. 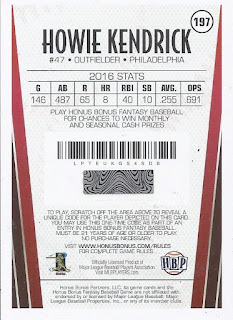 The back shows the game element. I can't be arsed to scratch the back, let alone submit them to a site. 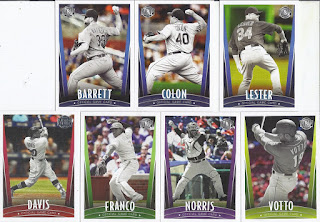 The rest of them. The Davis is a silver parallel, of which no odds are stated anywhere on the pack as to their rate. The colours look to change throughout the set, I'm assuming based on numbering, since I landed Philadelphia cards in both red and green.

On the upside, I did land a couple PC cards with a new 2/14 Derek Norris and a new CanCon Joey Votto. 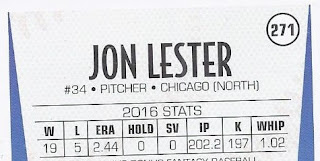 And I do like that the back does distinguish between the Chicago teams on the back of the cards. I wish Panini would do that, especially with their prospect themed releases.

Ending on a positive about these cards, but this is still an easy one-and-done.
Posted by buckstorecards at 06:04