I'm not going to have 4 straight posts dedicated to NSCC breaks and the silver packs, and a new 2/14 binder member is as good a reason as any to take a day off. 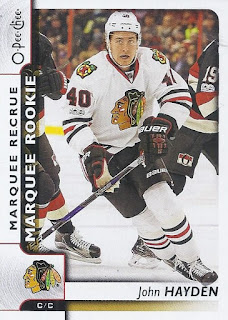 Making an appearance in the Marquee Rookie portion of this year's OPC release, we have John Hayden. He debuted late last year, and is a part of the carry-over rookie class in the early releases. At least I have one chase player for 2017 releases. Two if Ryan Johnston finally gets a card. 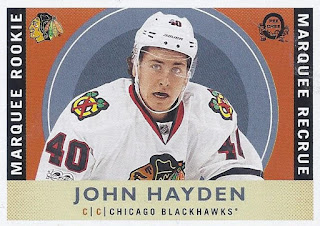 That Retro parallel though. DERP!
Posted by buckstorecards at 09:36

Email ThisBlogThis!Share to TwitterShare to FacebookShare to Pinterest
Labels: 2/14, hockey