It is time to show off another pair of Dollarama repacks, starting with the hanger pack. 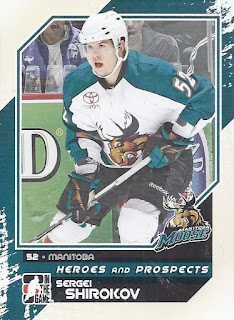 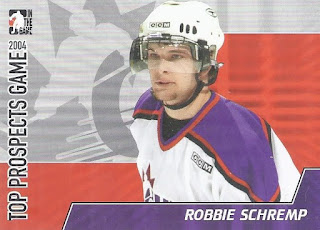 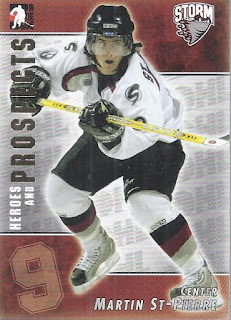 The Heroes & Prospects stuff really was the only thing of note in this rather dull repack. Maybe the Surprise Bag can save it. Here are the contents: 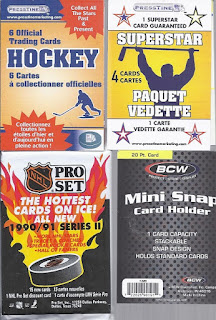 I'll start with the Pro Set. 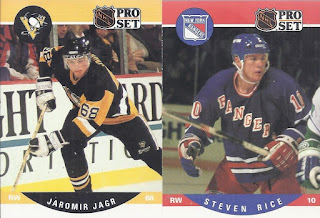 There are about 10 million of them out there, but a Jagr rookie is a fine way to start things off. Although I'm sure it is in the binders, I'll also welcome the Steven Rice card to that collection. 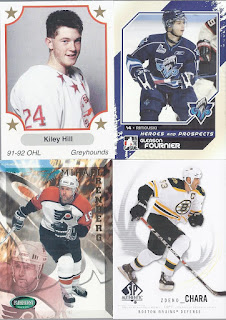 The Chara is obviously the promised Superstar, but back in the day it might have been LOD line member Renberg. That's my second Kiley Hill card I've pulled in a repack. I still think he looks 12 in that photo. And a nice look at the Rimouski Oceanic logo makes this an interesting foursome. 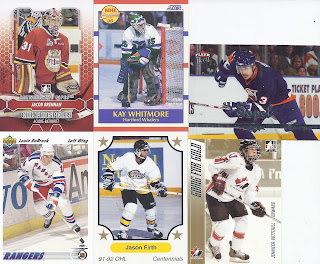 We have some more interesting cards in the 6 pack. There's a pair of mask binder cards to start things off. Jason Firth is a Kitchener Rangers alum, and yes, OHL cards from other teams count for the binder. He never played a game in the NHL, but still earned a wikipedia article. According to it, he's the 10th leading scorer in minor league history. Ending it is a legendary player from the distaff side.

A rough start, but a nice ending. And I'll have a nice card for that holder to show off next time.
Posted by buckstorecards at 06:31