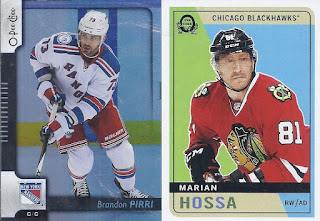 There's the other black parallel in the box. Hossa looks about 60 years old in his photo. 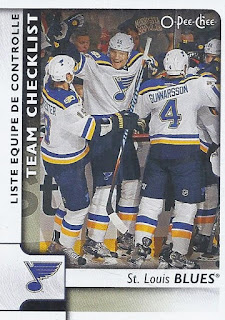 I guess the celebratory photo is going to be the theme this year again for the checklist cards. 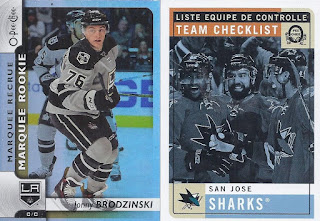 My first shiny rookie, as well as my first retro checklist. If they shade the checklists in the team colours throughout, I'll be happy. 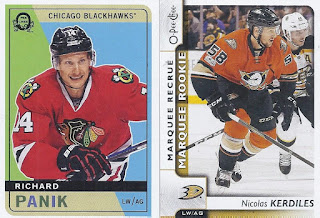 Are the Blackhawks retros going to be uber-creepy this season? Panik looks like he has to inform the neighbours when he moves into the neighbourhood. There's a marquee rookie to off-set that skeeviness. 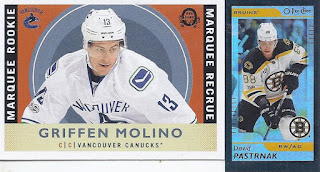 More mini content! The black foil are about 1:21 packs, so a slight bit of luck getting a second of these in the box. Those are what the retro parallels look like for the rookies. 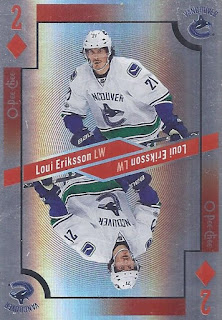 There are foil parallels for the playing cards as well this year. They're one per box. 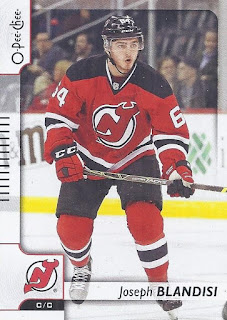 A pack so bland, I scanned a base card of a guy with Bland in his name. 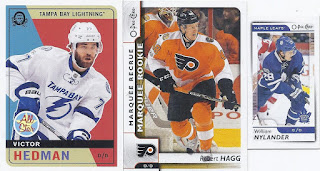 I like the all-star logo on the retro parallels. Another rookie and another mini to make up for the previous dull pack.

1 bunch of packs left, and there's a case hit in one of them!
Posted by buckstorecards at 16:16