I got into some group breaks (all random teams), during the NSCC back in July. Those included some Panini silver packs from the National as well. I got into some basketball and football ones, and now seems as good a time as ever to show off the basketball stuff.

I got Sacramento in the randomizer for the Spectra break. A good spot, and they do have a large checklist in the product... 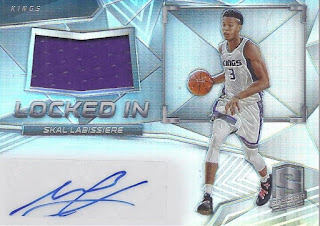 One case later, I've at least got an auto/relic I can send to Condition Sensitive.

But there were still a quartet of silver packs that went with it. Let's see what those bring my way. 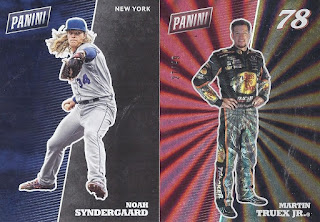 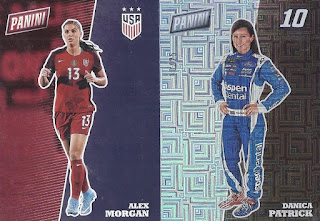 With two card packs, I can't imagine that there were too many out there that had both of the cards being of women. The Danica is an Escher squares parallel. It is 10/25. Do NASCAR fans consider cards numbered to the number of the driver to be ebay 1/1s? 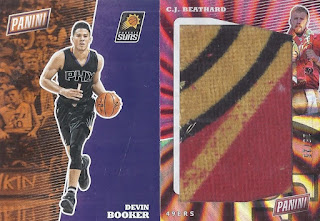 Panini always uses quality soft towels with these sort of relics. I appreciate that. 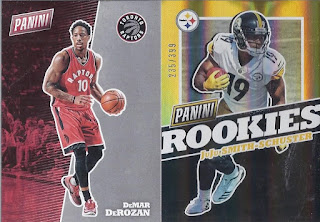 And I hit base cards from two of my favourite teams in the first 4 packs. That offsets the lack of Sacramento that I probably would have passed along to CS anyhow.

Fortunately, the football goodies were much better. I'll be getting to those over the next week or so.
Posted by buckstorecards at 11:40