And the football portion of the breaks starts now, with some Prestige. I got two slots here, and ended up with the Texans and the Broncos. Time to dig in. 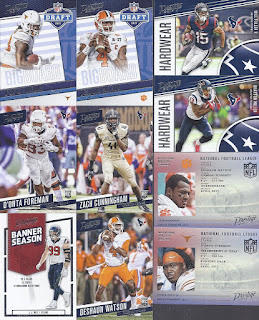 And here's a sampling of the rookies and inserts from the Texans. A perfect size to fit into a single scan. I like the design of the passports this year to sorta resemble an actual passport. They're at least as legit-looking as some of the ones I've seen used by Nigerian Princes. 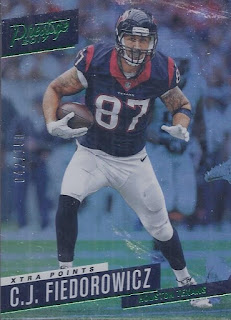 The only veteran parallel I landed was this green of CJ Fiedorowicz. 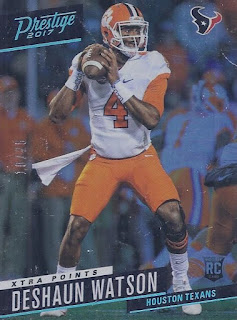 Seeing as I didn't get any autos for the Texans, this is the big hit - a Platinum parallel of one of the more hyped rookies this season. He's already in the starting role in Houston going into Week 2. More Watson to come as I show off future silver packs in the next two posts. 3 packs each the rest of the way home 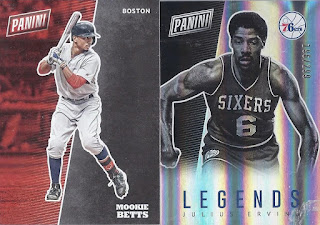 I love that they opted for a black and white photo for the retired Legends cards. Looking at the COMC images, it seems that the retired players got B&W images, with colour being used for those that are still active. 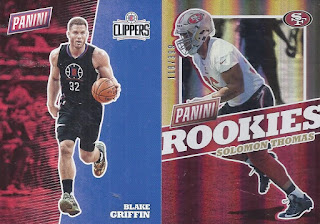 Since 2017 rookie defensive players got little love in terms of appearances in the early releases this season, I guess I'll take any appearance of them in this. 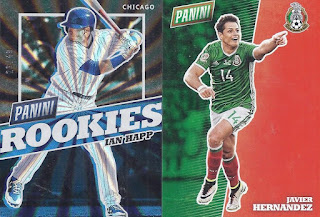 And the theme of this grouping was a base card and a numbered card (there are all base packs).

There you go. Broncos up next. Maybe tomorrow. Maybe not.
Posted by buckstorecards at 12:40