Mid-week Dollarama repacks. Why not? The usual $1 hanger and $2 Surprise Bag, and starting with the former. 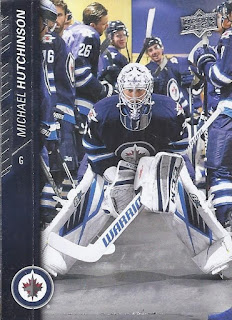 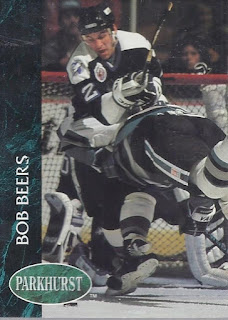 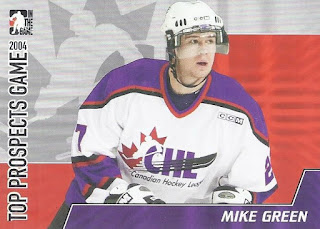 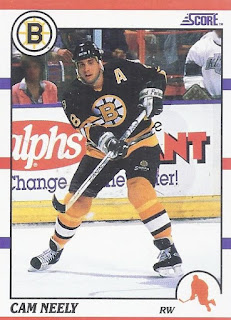 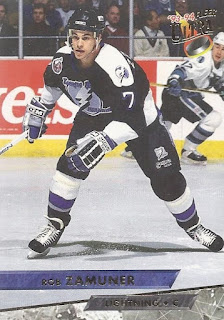 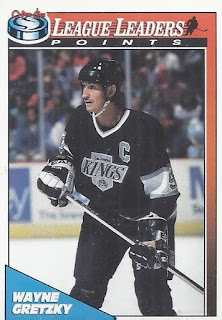 1991 OPC - Wayne Gretzky - Can't complain about any Gretzky showing up, even if it as the last card of a trio from the same set. 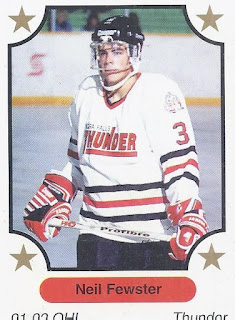 A couple fun cards here with the Beers, Hutchinson and the Gretzky. No complaints for this $1 outlay. 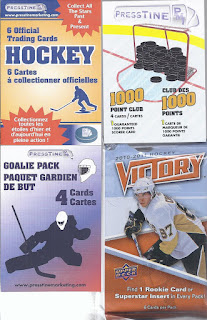 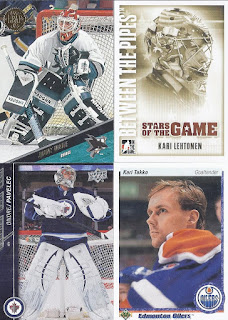 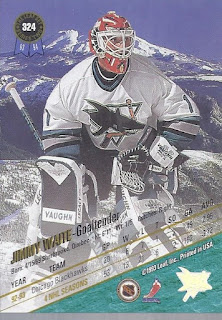 And there's the back of the Leaf. Because I must. 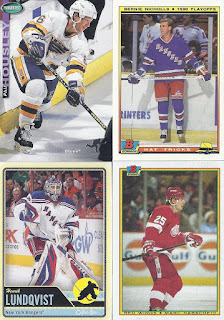 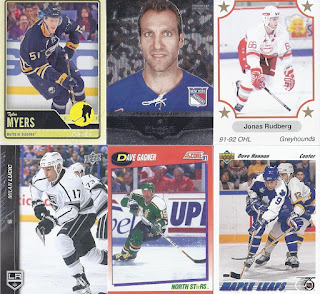 Most interesting card in the misc. pack was the Rucchin. A "now with Rangers" card updating his status without going to the classic OPC "now with" look. Maybe a photoshop job. Maybe not. 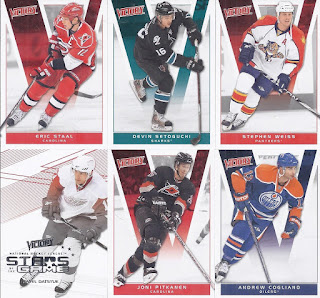 And the pakc of Victory. A Cogliano for the trade pile is nice, and I always like how the Sharks colours look on a card with the usual white back of UD.

And there you go. Nothing too spectacular, but enough to make this still a fun bust.

Time to start another set build tomorrow!
Posted by buckstorecards at 08:07