Time to go back one year for the final NSCC break, where the randomization Gods were on my side, and gave me the chance to add to my Bills collection. 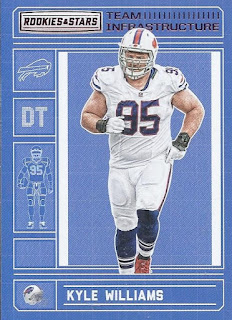 While I usually lead with the base cards on randoms where I get base cards, not so much this time. Kyle Williams has been with the Bills since '06, but does not have a lot of cards to show for it. He's gotten a couple Pro Bowl relics in recent years, but his last solo non-hit card was in 2011. It is nice to fianlly welcome him to the binder. 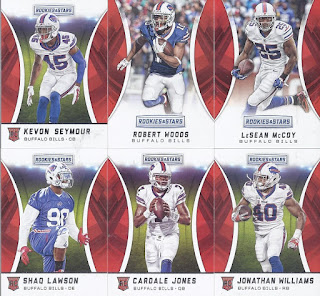 Here's the base cards. Of the 6 guys here on a year old set, only Lawson and McCoy remain on the team. In fact, of their draft picks between 2013 and 2016 inclusive, only 6 remain Bills. Ouch. 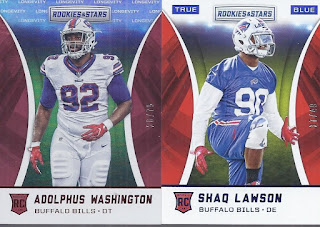 The parallels. Adolphus is not one of the 6. 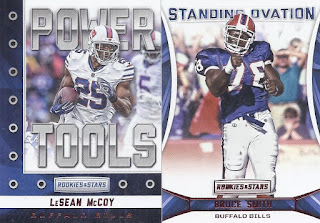 A couple more inserts. Normally, I'd also highlight a Bruce Smith card on its own, but there's a better one to come. 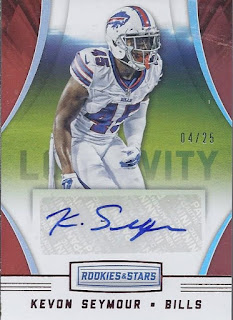 Only one autograph came my way, but it is my first Bills auto of Kevon Seymour, and my second overall of his. He's now with the Panthers. 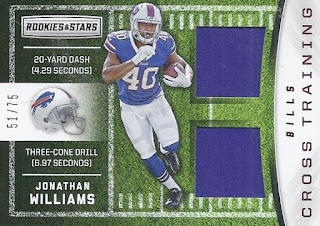 Williams was a late release from training camp this year. Here's only my second relic of his, and my only non-autoed version. He's with Denver now. 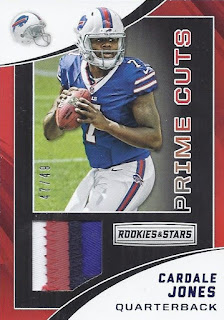 I've got a trio of Cardale swatches, all of which include a 4-coloured patch. He was traded to the Chargers during camp. 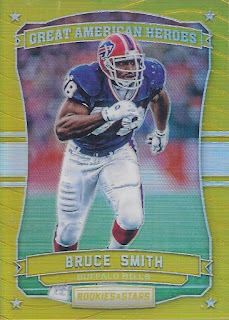 Not ending with a hit, but ending with a bang. This is a beautiful gold parallel of Bruce Smith, limited to /25. A shiny, low-numbered card of my favourite Bills legend? That's a suitable way to end the Bills portion of this.

But there's more! I still have 3 more silver packs. 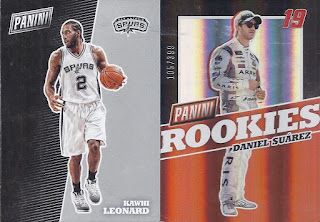 Probably the least interesting of the bunch for me. 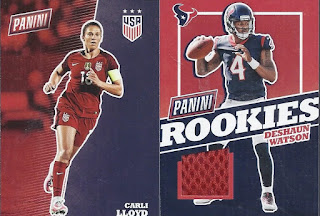 And there's some more Deshaun Watson in a third straight post. This relic has a sponge-y feel to it, so I'm guessing it is part of a glove. 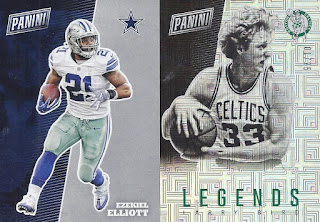 And an ebay 1/1 of Larry Legend from the Legends subset seems like a good way to wrap things up.

I promise. No more Deshaun Watson in my posts for the next while.
Posted by buckstorecards at 08:54