Some group break goodies from a case break of Spectra where I grabbed the Raptors. 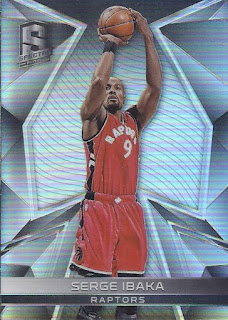 A base card. Since Serge re-upped with the Raptors this off-season, cards of his with the team won't be as scarce as I thought when the trade was originally made. 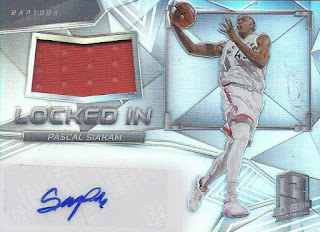 Of course, I had to land a Pascal Siakam auto from the mix. I swear I have more copies of his auto in my possession than his agent.

That's it for the Spectra. But there's more. This break originated from the rookie photo shoot in New York, where many of the early card photos (and player-used swatches) originate from. There were a few mid-range boxes opened by the draftees, and the hits from those were given away by random draw. I landed this. 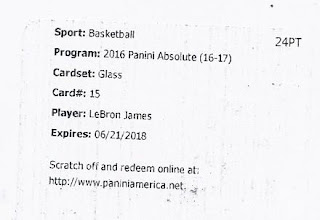 Or, as per the other side of the card, this: 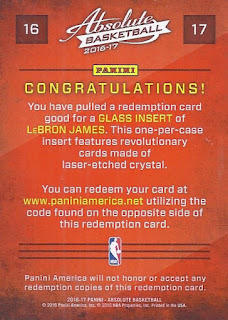 A case hit. WOO-HOO! While these were available with the release of the set, they obviously couldn't be placed in packs. So, as per an ebay auction, I'm waiting on one of these: 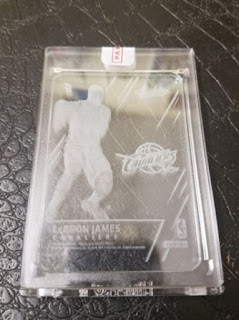 Not certain if I'll keep it or not when it arrives, but I'm still looking forward to having this in hand.
Posted by buckstorecards at 07:33